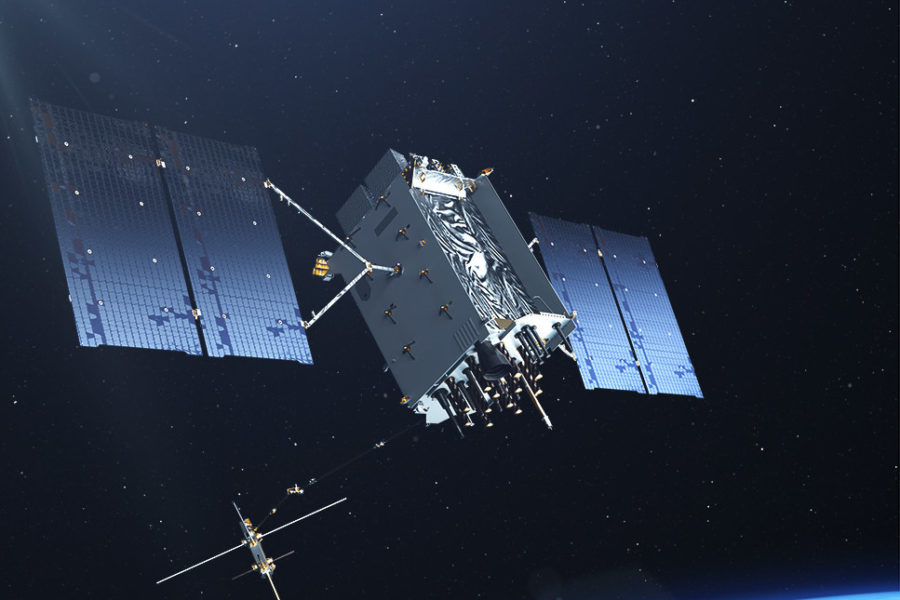 Known as OCX 3F, the program builds on ground control station improvements made in Blocks 1 and 2, now planned for delivery in 2022. This includes better cybersecurity, improved anti-jamming capability, and enhanced signal strength and accuracy, as well as the ability to connect to more satellites and shrink operations crew sizes.

The $5.6 billion OCX system will be used to command and control newer GPS III and IIIF satellites being built by Lockheed Martin. The program was first slated to enter operations in 2016, but it was delayed multiple times as costs nearly doubled. However, program officials now tout improvements made under the Defense Department’s oversight.

Work on OCX 3F will be performed at Raytheon Intelligence and Space’s facilities in Aurora, Colorado, with delivery expected in July 2025.

“The OCX 3F program office is looking forward to working with Raytheon on this new GPS ground control program. We are ready to take on any challenges and to work full bore to deliver the critical regional high-powered signals and GPS IIIF launch and control capabilities in support of joint warfighters,” said Lt. Col. Grant Spear, SMC OCX 3F materiel leader, in the release.

The fourth GPS III satellite launched for Cape Canaveral Air Force Station, Florida, in November 2020. Lockheed Martin is on contract to build 10 of the satellites. The company also received a $7.2 billion contract for up to 22 additional GPS IIIF Follow-on satellites with launch expected to start in 2026.