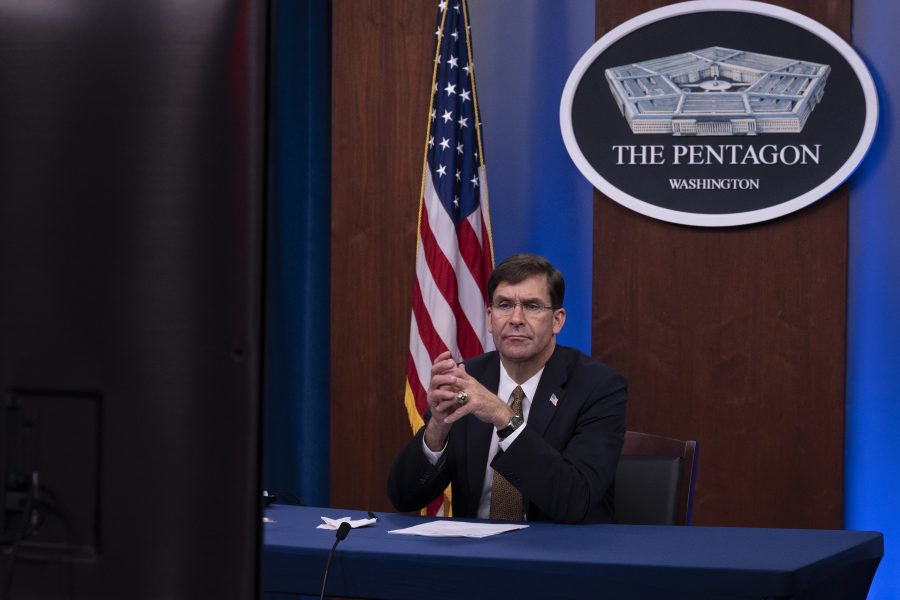 In the letter, Esper writes that his time as leader of the Pentagon was the “honor and privilege of a lifetime,” highlighting work on the National Defense Strategy, military modernization, and department reform.

However, he acknowledges there is more work to be done.

Read the full text of the letter below:

It is has been the honor and privilege of a lifetime to serve alongside you as the 27th U.S. Secretary of Defense these last eighteen months in defense of our great Nation and adherence to our sworn oath to the Constitution.

Together, we have made solid progress implementing the National Defense Strategy by modernizing the force, improving its readiness, strengthening ties with allies and partners, and reforming the Department to make it more efficient. We have also made major strides in taking care of our military personnel, spouses, and their families, and launched important initiatives to improve diversity, inclusion, and equity in the armed services. At the same time, we stood up the Space Force and Space Command, recapitalized the nuclear triad, expanded the authorities and resources of Cyber Command, and proposed a bold vision for a future Navy. As such, I am confident the Defense Department’s progress on all of these initiatives has improved the security of the United States and advanced our interests abroad.

I am particularly proud of these accomplishments in light of the challenges we faced along the way: a global pandemic; confrontations with Iran and its proxies throughout the Middle East; continued deployment of troops into conflict zones; domestic civil unrest; malign behavior globally by Russia and China; and a charged political atmosphere here at home. Through thick and thin, however, we have always put People and Country first.

In my first message to the Department in June 2019, I emphasized the great importance I place on a commitment by all, and especially Leaders, to those values and behaviors that represent the best of the military profession and mark the character and integrity of the Armed Forces the American people respect and admire. I want to thank you all for living up to that standard, for remaining apolitical, and for honoring your oath to the Constitution.

While I step aside knowing that there is much more we could accomplish together to advance America’s national security, there is much achieved in the time we had to improve the readiness, capabilities, and professionalism of the joint force, while fundamentally transforming and preparing it for the future.

I will always admire and remain forever proud of the great work our Soldiers, Sailors, Airmen, Marines, Space Professionals, and Civilians do each and every day around the world and here at home to keep America safe. Stay focused on your mission, remain steadfast in your pursuit of excellence, and always do the right thing. Following these imperatives will ensure you remain the most ready, respected, and capable military force in the world, which is what our Nation expects and deserves.