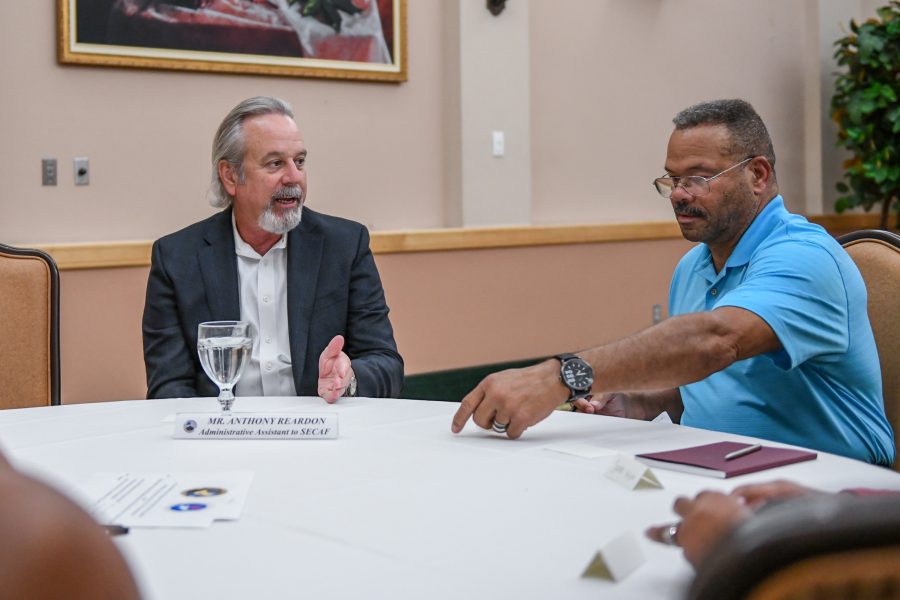 Reardon Performing the Duties of Air Force Under Secretary

Anthony P. Reardon is performing the duties of the under secretary of the Air Force under Acting Secretary John P. Roth, pending permanent nominations to the positions, the department announced Feb. 9.

Roth officially designated Reardon as the first assistant to the under secretary of the Air Force to allow him to perform the duties in the role in accordance with both the Federal Vacancies Reform Act and the Department of Defense Directive 3020.04, the Department said in a release. He began serving in the temporary role on Feb. 2.

“The office of the under secretary of the Air Force is responsible for the affairs of the Department of the Air Force, to include organizing, training, equipping and providing for the welfare of approximately 697,000 Active duty, Guard, Reserve, and civilian Airmen and Guardians and their families worldwide,” the Air Force said in the release.

Reardon has served as the administrative assistant to the assistant secretary of the Air Force since April 2019. He served in the Active-duty Air Force from 1982-2003, including as a weapon system officer on the RF-4C Phantom and as a staff officer. As a department civilian, he also served as the assistant deputy chief of staff for plans and programs, assistant deputy chief of staff for strategic plans and requirements, and other positions.