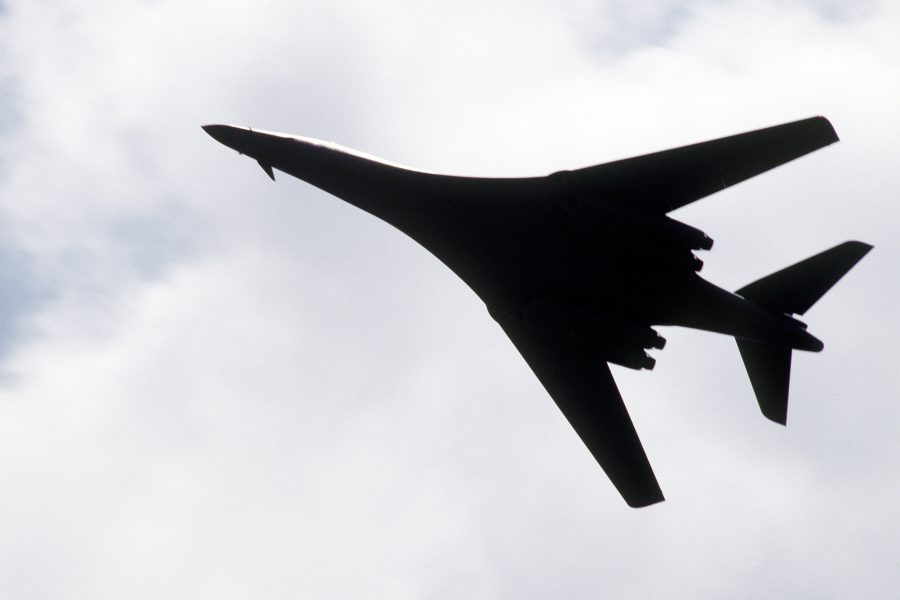 Twenty-five years ago this week, a pair of B-1B Lancers took off from Dyess Air Force Base, Texas, and circumnavigated the globe without stopping.

Along the way, the B-1s dropped bombs on three continents—in Italy’s Pachino Range in Europe, Japan’s Torishima Range, and the Utah Test and Training Range—demonstrating the ability of the bombers to execute realistic wartime missions.

“Coronet Bat was born out of the difficulty of deploying strategic assets into the Middle East in the wake of the Persian Gulf War,” reported The Hill in an article describing the exercise years later. “At the time, the Air Force was practicing intercontinental bombing missions out of bases in the United States, marathon flights that would take around 20 hours to complete.”

Then-Lt. Col. Douglas Raaberg—now a retired major general and the executive vice president of the Air Force Association—commanded the four B-1s involved, and piloted one of the two aircraft that pulled off the historic feat, dubbed “Hellion.”

The other half of the pair was known as “Global Power.” The third and fourth Lancers, which didn’t make the round-the-world trip, were intended as backup in case something went wrong and the others needed to cut the mission short.

“It was an honor to lead an effort that went beyond an around-the-globe speed record to one that truly demonstrated what we called ‘The Ultimate Global Power’ mission,” Raaberg said June 3, 25 years to the day after he completed the mission. “The results of this historic AF-team operation have been born out in long-range strike’s contribution to every major conflict and show of force since.”