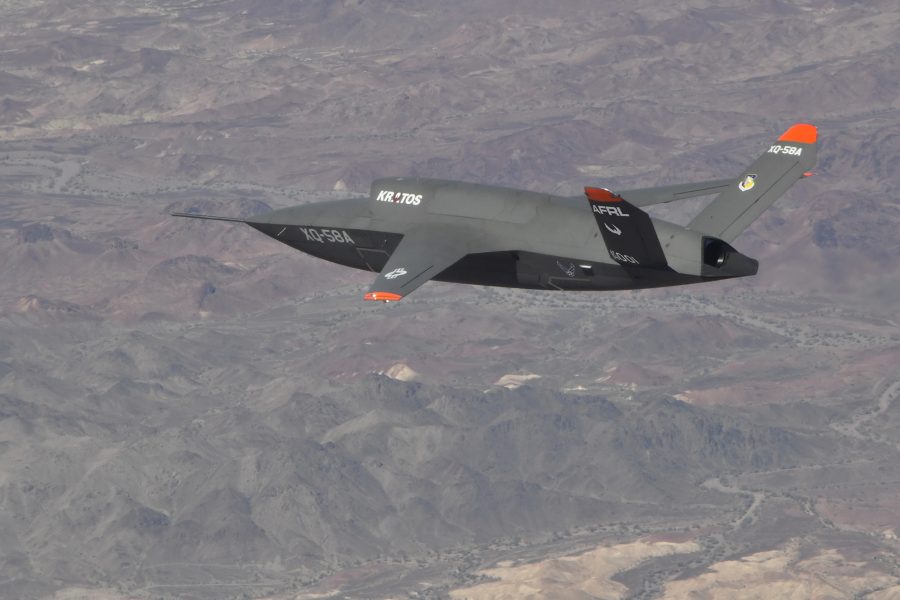 Remotely-operated or autonomous systems could be a big money-saver for the Pentagon, but planners need to think about them in a more specialized way, because the category has diversified so much that broad policies are no longer applicable, experts said during a virtual Center for Strategic and International Studies event March 26.

“Remotely Crewed” systems can bridge the affordability gap between people and platforms “by substituting technology for labor,” said Todd Harrison, CSIS’s director of budget analysis, in the event. His coinage avoids applying a gender to the term and acknowledges that such systems may have significant personnel support needs, he said.

However, so far remotely operated systems have not diminished personnel needs because the demand for intelligence, surveillance, and reconnaissance products has only increased, making the systems additive to existing “crewed” platforms like the U-2, he observed.

Even so, RPAs can’t be a big money-saver if they “remain very expensive to procure [and] … operate. We’ve got to get those costs down, and the key part of getting those costs down is reducing the number of personnel required,” including operators and maintainers,” Harrison said. “Or, if you can get the procurement cheap enough, make [the platforms] expendable.”

“We have to start changing our tactics,” he said. A drone aircraft will be operated in a very different way than a crewed airplane, because the operators are concerned about “their lives, [or] the value of the system, …. but if you have an attritable or expendable system,” it might be acceptable to lose four out of five in penetrating an areas, “as long as one gets in.” They open up “a completely new way of doing business,” he said. Drones will offer an ability to “meet mass with mass,” particularly for countries that can’t afford a high-end air force.

“Counter-swarms and counter-drones are two separate things. When you’re dealing with swarms, that’s a complicated problem, if the swarms are capable enough. How do you individually target these systems or do a mass protection of a particular area? That’s a tough nut to crack.” Whereas, shooting down something like a Global Hawk involves the same tactics as would be used against a manned aircraft.

Costs of remotely piloted aircraft tend to be lower per flying hour because “they fly so many more hours” per sortie and per year than crewed aircraft, Harrison noted.

Operating drones requires network resiliency, panelists said, and the drones themselves can help in this regard.

“That’s where remotely-crewed systems come in, because they can serve as nodes in those networks,” Harrison noted. “If we do it right, they can give us diversification of platforms, and a distribution of location that makes it much more difficult for an adversary to take down those battle networks.”

Jacqueline Schneider, a fellow at Stanford’s Hoover Institute, said the services are “not investing rationally” to get full advantage out of remotely-crewed systems, because they aren’t putting enough money and emphasis on ensuring resilient communications with them. Harrison noted, though, that autonomy of such systems will help with this, because it must be assumed that such connections will be at times jammed or eliminated in a war, and autonomy will help with resiliency.

Schneider also said drones can be profitably used as a “cost-imposing” method on an adversary. Cheap drones could be “missile soakers” in a conflict, forcing an enemy to shoot at them with expensive, high-end missiles, she said. This is the thinking behind the Air Force’s Miniature Air-Launched Decoy, but she said the services aren’t spending enough on such an obvious application.

Swarm systems could also slow down an enemy by simply massing at the end of a runway, thus hobbling the field’s operators’ ability to launch and recover aircraft, Schneider said. Such devices wouldn’t need to be carrying sensors, so they don’t need to be expensive.

Services like the Air Force would be well-served by creating RPA-operating organizations—wings and even numbered air forces—so that specialists in the field can compete better for promotion, optimize training for their needs, and better advocate for their systems, Harrison suggested. As long as RPA pilots and sensor operators must compete with “crewed” aircraft pilots, they may be at a cultural disadvantage, he said.