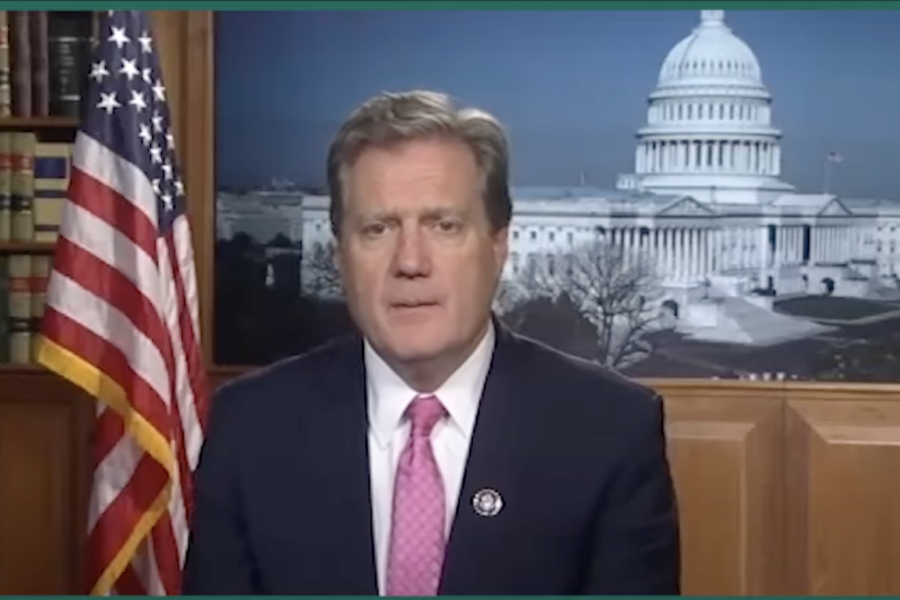 Skyfall is a nuclear cruise missile that can orbit the Earth. Poseidon is a submarine-launched, nuclear-capable torpedo that can emerge from beneath the waves and strike coastal cities. And Russia is the only great power now fielding hypersonic weapons, with China close behind and the U.S. throwing billions of dollars behind an effort to catch up within the next decade.

“When you look to what our adversaries are doing, we have to be concerned about leapfrog technology,” Turner said at a Hudson Institute discussion on missile defense July 7.

“Russia has actually fielded the hypersonic technology. China has been developing hypersonic technology,” he said. “We don’t have in place what is necessary to ensure that we both even up on the sensing side and the response side … to defend against such weapons, and at the same time we’re not fielding them ourselves.”

Turner called on the Biden administration to complete and make public its missile defense review. He also pointed a worried finger at the President’s proposed flat defense budget request for fiscal 2022.

In it, nuclear modernization is fully funded, but the Pentagon’s missile defense priorities are less certain, he indicated. Turner called it a “void” that allows for great power competitors Russia and China to possess weapon systems that the U.S. does not yet possess. But catching up comes with a price tag.

The Defense Department’s answer to the threat of missiles that travel five to 16 times the speed of sound is the Next Generation Interceptor, a $3.7 billion program not set to come online until the end of the decade and primarily designed to target toward rogue actors such as Iran and North Korea.

“NGI’s emplacement date is 2028, but they expect the competition inherent in having two contractors working on the program will ultimately mean an earlier deployment,” the official said.

However, Russia’s development of nuclear-armed cruise missiles means a nuclear threat does not necessarily come only from an intercontinental ballistic missile.

“The proliferation of missiles and missile technology by our adversaries, and really from all powers around the world, shows that there should be an increased focus on missile defense, not just for being able to respond to ICBMs,” Turner said.

“Not implementing an active missile defense system or policy is almost immoral because you’re saying that you’re going to leave both your populations, your infrastructure, and your critical capabilities at risk,” the Ohio Republican said.

Turner also warned the Biden administration not to negotiate away America’s missile defense in arms-control negotiations with Russia.

“Let’s just loosely translate what that means: Russia says, ‘I don’t want you to have missile defense because I want it to be easier to bomb you.’ I don’t know how that can be influential to anybody,” he said.

Russia in recent years has increased its missile defenses on the eastern flank of NATO, with S-400 systems in the Baltic ex-clave of Kaliningrad and more recently on the occupied Crimean peninsula. Russia nonetheless has heaped heavy criticism on Romania’s deployment of Aegis Ashore.

Romanian officials insist that the NATO system operated by the United States is directed toward threats emanating from North Africa and the Middle East, not Russia.

Poland, too, is building an Aegis Ashore system, but it is not designed to counter Russia, either, a DOD official told Air Force Magazine:

“It is designed to protect NATO allies and U.S. deployed forces against ballistic missile threats emanating from outside the euro-Atlantic region,” the official said. “It is not designed to counter Russia’s strategic forces.”

“What we need to look at are the threatening systems that Russia is now deploying—the ‘exotics,’ as people call them. [Russians] have not merely modernized their system—they have deployed weapons unlike anything that anybody has ever seen before,” Turner said. “They show an intent that is not just deterrence.”