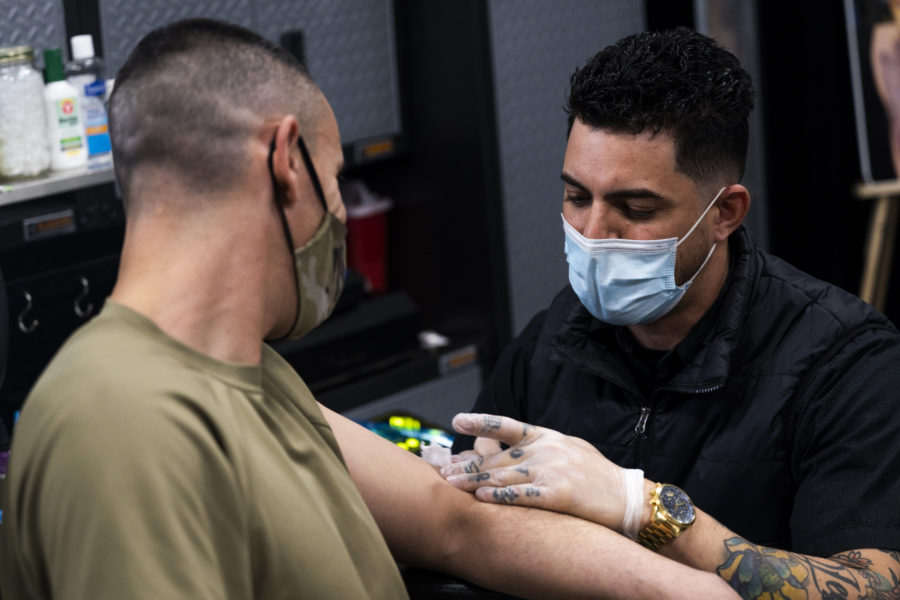 All of the armed services, including the Air Force and Space Force, should update their policies to give recruits and service members more clarity on the waiver process for tattoos, according to a new report released Aug. 17.

The Government Accountability Office conducted the study, which Congress requested as part of the 2022 National Defense Authorization Act. The study looked at the tattoo policies of the Air Force, Space Force, Army, Navy, Marine Corps, and Coast Guard. Specifically, the report was meant to evaluate the impact of those policies and the waiver process on recruiting and retention.

Instead, different services have conducted limited assessments or studies over the years that have shaped their policies. For example, the Air Force Recruiting Service conducted surveys in 2016 and 2021. Both concluded that a number of recruits or applicants had tattoos that would require review or potentially be disqualifying from service.

Both of those surveys led the Air Force to loosen its tattoo policy, a general trend across the services in recent years as the military looks to keep pace with a target population that is increasingly inked. Recent studies have suggested that roughly four out of every 10 young Americans have a tattoo, and many have multiple.

Now, almost every service allows troops to have at least some kind of tattoo everywhere but the head and neck, the GAO report found. And the Space Force is even easing off that restriction, announcing in May that Guardians will be allowed to have a single small tattoo on the back of the neck.

But while policies continue to loosen, there are still some restrictions. Service members and recruits can apply for waivers to those restrictions, but the GAO report found that most of the services, including the Air Force and Space Force, do not include enough information on the waiver process in their policies.

Specifically, both the Air Force and Space Force don’t clearly specify the “requirements for requests and conditions for waiver approval” for recruits, the GAO report found. For Airmen and Guardians already in the service, there’s even less information on the process, including what kinds of tattoos may be eligible for a waiver.

The GAO report concluded by recommending that each of the services, including USAF and USSF, update its respective tattoo policy “to better ensure that it clearly documents whether waivers to the tattoo policy are available for both recruits and service members; and provides clear guidance on tattoos eligible for waivers, the waiver approval authority, requirements for requesting a waiver, and on any other conditions required for waiver consideration or approval.”

The report indicates that all the services agreed with the recommendation.

The push to make policies less restrictive and to give more clarity on the waiver process comes as the military’s leaders warn that recruiting is facing a crisis. Air Force Recruiting Service commander Maj. Gen. Ed Thomas recently likened the current environment to a “week-to-week dogfight,” and the service has dramatically increased the number of career fields in which it is offering an enlistment bonus in hopes of enticing recruits.