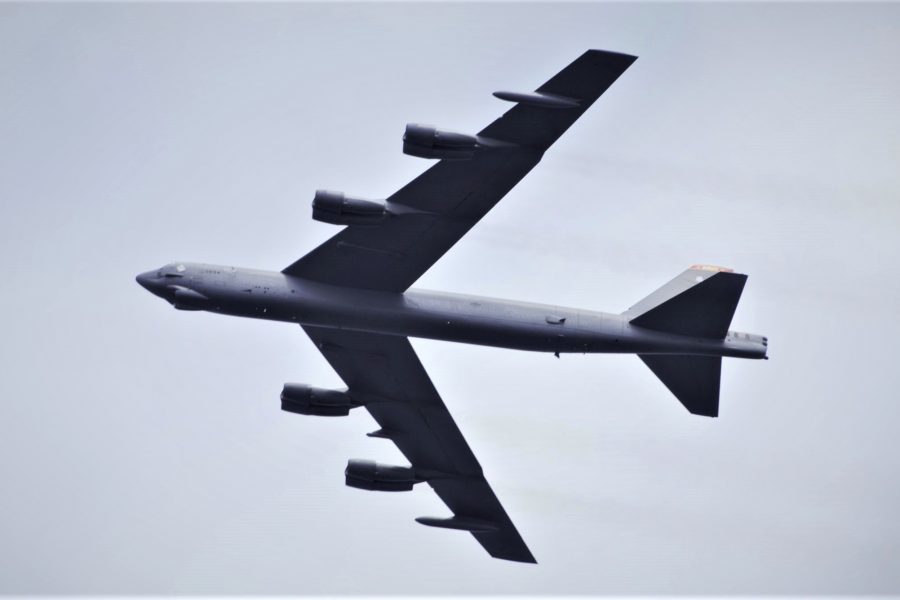 Report: Standoff Weapons and Arsenal Plane No Match for Bombers

Standoff weapons are just too expensive to be relied on exclusively for an ongoing air campaign against China or Russia, and the better investment is more bombers, according to the author of a new paper from the Mitchell Institute for Aerospace Studies.

The report, “Long-Range Strike: Resetting the Balance of Stand-in and Stand-off Forces,” by retired Air Force Col. Mark Gunzinger, Mitchell’s director of future concepts and capability assessments, argues for a better balance between systems that shoot from outside an adversary’s air defenses and stealthy bombers that can penetrate those defenses and attack directly.

If an enemy has to devote resources to defending its interior areas, “that’s a cost-imposing strategy,” Gunzinger said in a streaming online Mitchell event to discuss the report. As improving Chinese and Russian air defenses push non-penetrating combat aircraft farther and farther away, standoff weapons won’t be able to reach many important targets in the enemy interior, Gunzinger asserted.

“We’re not bad-mouthing standoff capabilities,” he said, and they surely will have application against certain “very high value” targets, but for an air campaign lasting any length of time, the U.S. will run out of standoff weapons too quickly.

According to Gunzinger’s analysis, non-penetrating aircraft with standoff missiles like the JASSM–ER are only cost-effective if a conflict lasts less than seven days. After “10 or 15 days,” however, penetrating bombers are more cost-effective, because they can survive and be re-used, and employ comparatively cheap direct-attack weapons. A B-2, for example, can hit 80 aimpoints if it uses 500-pound JDAM bombs, but can only strike 16 targets with JASSMS, the report explains.

“The cost of the weapon tends to increase with its range,” Gunzinger said. Trying to fight a war using only standoff missiles is “ridiculous. It’s not affordable. You need a mix.”

Air Force officials have said the service seeks “at least” 220 new B-21 bombers, and Gunzinger’s analysis said the better number would be 316, but he suggested the Air Force move toward “at least 240.” He also cautioned that the B-21 likely won’t be available in significant numbers until the mid-2030s, so the Air Force might re-think its plans to retire chunks of its existing bomber force, which numbers only 158 aircraft. Of those, after accounting for aircraft undergoing maintenance or otherwise sidelined, only 50 are ready for combat at any given time, he noted.

The Air Force is already in a “bomber bathtub,” and will be short at least 75 bombers until the B-21 is available in numbers in the mid-2030s. That shortage increases if USAF follows through on plans to retire the B-1 and B-2 wholesale circa 2030.

Gunzinger said that “even stealth aircraft are going to need some standoff” capability, and his previous research indicates that the “sweet spot” of range per cost “is somewhere between 50 [nautical miles] … in highly contested environments, to no more than 350-400 nm.” Beyond that, the cost of the weapons, and their size, cut their affordability dramatically.

As for Arsenal Plane concepts—which might use a P-8 Poseidon or KC-46-type tanker transport modified to launch large numbers of standoff missiles—Gunzinger said it might cost $400 million or so to weaponize such aircraft.

Global Strike Command chief Gen. Timothy Ray said recently he is looking at a potential “clean sheet design” arsenal plane, which presumably would be a stealthy platform. Lt. Gen. David Nahom, deputy chief of staff for plans and programs, participating in the event, said headquarters, USAF is listening to Ray’s thoughts in the context of “massed firepower.” For now, he said, “it’s just that: We’re looking at it.”

As for bombers, Nahom said the Air Force agrees that “220 or more” bombers are actually required, and that this is a “living number,” subject to change. He acknowledged that the U.S. is being pushed further away from Chinese territory and will have to be able to operate at very long range from sanctuaries in the U.S. or elsewhere. Nahom also said it will likely be unaffordable for the U.S. to field a “four bomber” fleet—B-1, B-2, B-52, and B-21—for very long in the 2030s, and “we have to reduce that.”

A cautionary note was sounded by Brig. Gen. Michael Winkler, director of strategic plans, requirements, and programs for Pacific Air Forces, also participating in the Mitchell event. Winkler said the U.S. must not withdraw to its own borders for basing, because that will send the wrong message to allies in the Pacific.

Stand-in forces “underneath the adversary’s anti-access umbrella—basically under the threat of cruise and ballistic missile attack in the first and second island chain out here in the Pacific”—will be an important tool in keeping critical allies in the coalition.

“We’re pretty convinced, … if we take all of our assets and retreat to the point where they are no longer threatened by our adversary’s capabilities, we are going to mortgage our critical network of allies and partners,” he said.

It’s untenable for allies to accept that “we’re going to be there to support you, but we’re going to do it from 5,000-6,000 miles away. It’s just not a compelling argument.” He said, “We want to be right next to them, shoulder to shoulder, in the face of a conflict.”

Winkler also said that after a long period of ignoring the peer threat, the Defense Department is again “taking it seriously, … and we’re going to find a way” to stand alongside allies.