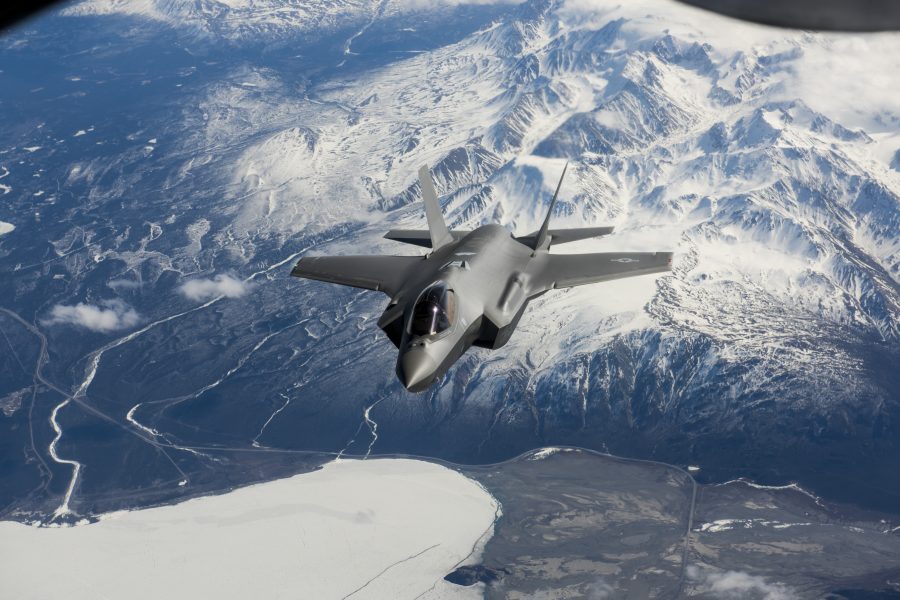 Air Force fighter jets will lose out on the benefits of upgraded training ranges unless the service also decides to relocate certain squadrons, according to a new RAND Corp. report.

The Air Force contends its crumbling, outdated training infrastructure doesn’t offer what Airmen need to learn how to fly against adversary pilots and threats like surface-to-air missiles or communications jammers. Improving those ranges is one aspect of a multibillion-dollar push to modernize air bases and adopt better virtual training tools.

But the service risks shortchanging its most advanced fighter fleets—the F-22 and F-35—if it moves forward with range updates alone, RAND experts argue.

The Air Force’s range modernization plan may only touch eight or nine ranges, their report states, limiting the number of pilots that could benefit from those improvements. RAND calls for “10 to 20” squadron moves to make the infrastructure changes worthwhile.

“Using the current basing posture and planned range upgrades, the F-22 squadrons may not have access to advanced training ranges,” according to the new report. It added: “The largest opportunity to improve readiness in the long term is integrating the range modernization plan and the F-35 rollout.”

The authors urge the Air Force to combine fighter squadrons—particularly those that fly the F-22 and those in the Air National Guard—at a base near an upgraded training range. That proximity could give more fighter pilots access to better training opportunities while avoiding the cost of refurbishing multiple ranges, they said.

“The one-time cost for restationing a fighter squadron and the cost to procure equipment for a single range modernization are on the same order of magnitude,” according to the report. “However, when research and development and operation and sustainment costs are taken into account, range upgrades may be substantially more expensive over the long term.”

RAND recommends the Air Force come up with long-term cost estimates for range modernization to see how many ranges would be affordable to overhaul, “and how those costs would compare with the cost and institutional challenges of restationing squadrons.”

The report suggested that the range near Joint Base Langley-Eustis, Va., could move up on the list of modernization priorities, but shied away from recommending specific basing changes.

“It is too early to advocate for specific basing actions because of training and basing details that still need to be resolved,” the authors said. “USAF will need to consider air-to-air training airspace available in addition to the access to ground ranges.”

It makes less sense to move a squadron without putting it closer to an advanced training range, researchers said.

For the F-35 Joint Strike Fighter, the report found range improvements should dovetail with the creation of new F-35 squadrons so pilots can start practicing as soon as possible.

“The F-35A is the most important [fighter aircraft] to have access to advanced training ranges,” RAND said. “In addition, because most of these basing decisions have not been made, they may be subject to fewer institutional constraints compared with existing forces.”

“If required training at advanced ranges could be accomplished in a few weeks per year, the USAF could consider temporary deployments or the use of tankers to provide range access,” RAND wrote. “Similarly, advancements in integrated [live, virtual, constructive] capability may allow more simulated training to be done, therefore reducing the requirement for range access.”

The Air Force’s training enterprise is gradually taking steps to adopt gadgets like virtual-reality goggles and more complex combat simulators that can connect to others across the force. That virtual network would let Airmen practice flying together in cyberspace rather than waiting for a spot on a real range’s schedule, but it’s far from all-encompassing: Air Force Magazine reported last April that only three bases had LVC simulators so far.

If the Air Force can figure out more effective ways to train its troops, the authors said, it could lead to base closures and relocation of certain flying units to save money. Those tradeoffs can shape how the service’s planning group, the Air Force Warfighting Integration Capability, plans the future force.

“Whether these investments ultimately reduce the requirement for close-proximity live ranges depends on a variety of yet-to-be-answered questions” about useful training tools and technical challenges, RAND wrote.