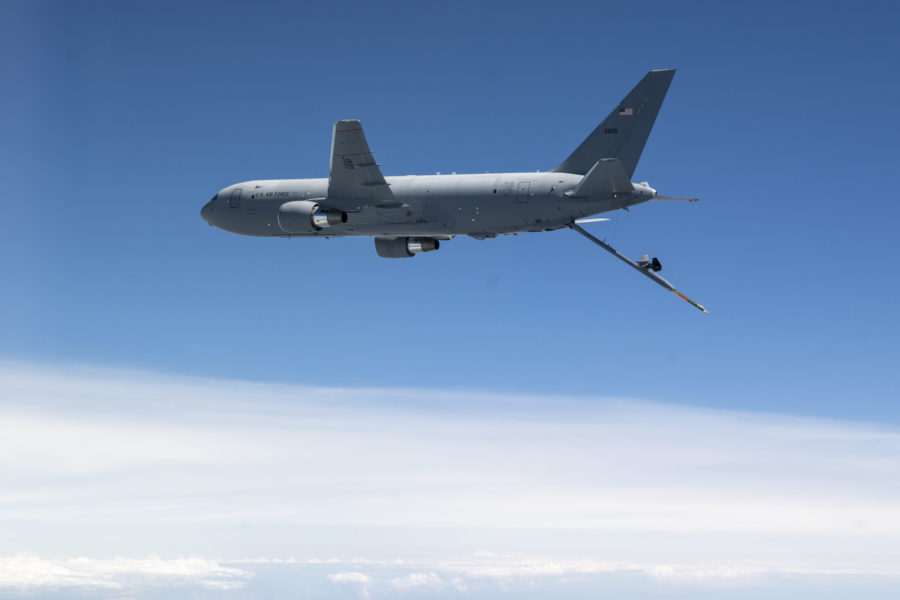 Originally, the analysis of alternatives for the KC-Z was set for “maybe in the 2030s,” Paul Waugh, program executive officer for mobility and training aircraft, told reporters at the Life Cycle Industry Days conference.

Air Force Secretary Frank Kendall, however, directed that work on the next-gen tanker start much more quickly, “​​so we moved it to the left,” Waugh said.

That work will now begin in 2023, Waugh said, as the Air Force Life Cycle Management Center teams with Air Mobility Command on “pre-analysis of alternatives,” followed by the official analysis the next year, helping to “inform where KC-Z, the whole family of systems, goes,” Waugh said.

Waugh’s characterization of KC-Z as a family of systems follows on a request for information issued by AFLCMC that referred to a new Advanced Aerial Refueling Family of Systems program. That RFI emphasized technologies like survivability, autonomy, and interoperability, and Waugh echoed the RFI in stating that the tech developed for KC-Z could eventually make its way onto the rest of the tanker fleet.

The state of KC-Y, also referred to as the bridge tanker, has been hotly discussed as of late, as Kendall has said several times now that the likelihood of a competition has gone down for the refueler that will “bridge” the gap between the KC-46 and KC-Z.

“As we look for requirements, look further out, the requirements start to look like a modified KC-46 more than they do a completely new design,” Kendall told reporters in March.

However, Kendall has also couched his comments by saying that a final decision will be made after the Air Force finishes formulating its requirements and conducts its due-diligence market research analysis.

Waugh indicated that those requirements could be coming soon.

“We’re waiting for the requirements to come out from the Air Force. So, Air Mobility Command, the lead command for the mobility side of the enterprise, is working the requirements with the Air Force staff to get them finalized and then put into the [Joint Requirements Oversight Council and Joint Capabilities Integration Development System] process,” Waugh said. “And then [they will] come out, which we think will be sometime in the fall—we don’t really get a good idea of when they’re going to come out, but sometime in the fall.”

In the meantime, the AFLCMC has been conducting “some background work,” Waugh said, including issuing a request from industry for input “from the two prime contenders”—Boeing and Lockheed Martin.

While Boeing has indicated it plans to essentially re-enter its KC-46 for the program, Lockheed Martin has teamed with Airbus for what it is calling LMXT, a modified A330 Multi-Role Tanker Transport.

At the Farnborough International Airshow in July in the United Kingdom, Erin Moseley, Lockheed Martin’s vice president for strategy and business development for aeronautics, told reporters the company’s expectation is that “we’ll have the opportunity to compete fairly.”

Based off the responses and data provided from Boeing and Lockheed Martin, AFLCMC was able to start work on a business case analysis for KC-Y, Waugh said. And that analysis will “help inform an acquisition decision after we have a set of requirements.”

The analysis will be updated after the requirements are officially released, and a final acquisition decision will follow a few months later.

“If we get a set of requirements in the fall, then the acquisition decision would be sometime in probably the spring of next year, the spring of 2023,” Waugh said.