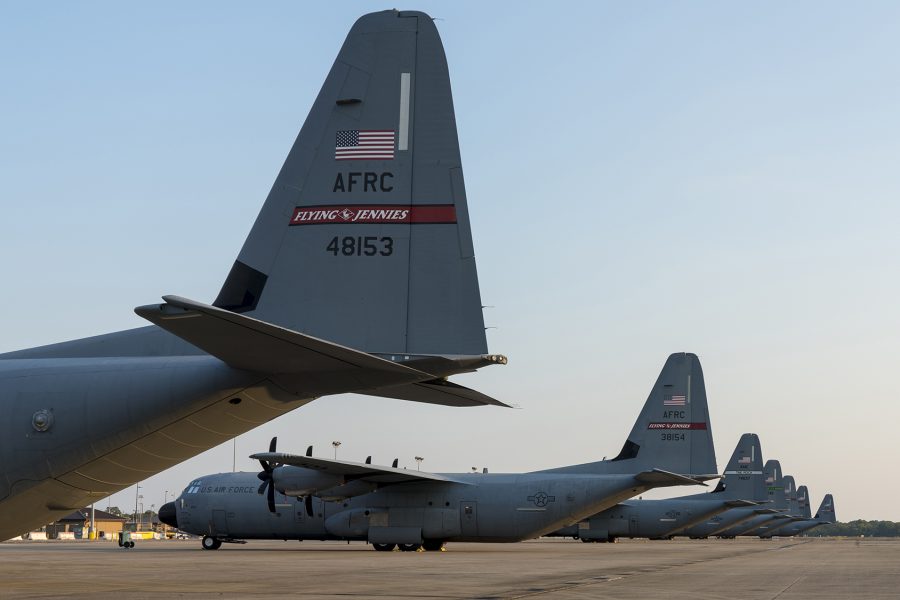 The fiscal 2020 defense spending bill enacted in December provided an additional $730 million for 8 C-130J aircraft, including four for the Air Force Reserve and four for the Air National Guard. The Lockheed Martin-produced airlifters are slated for delivery to the Reserve in 2023.

“The command would like to prioritize our special mission units for C-130J recapitalization,” AFRC boss Lt. Gen. Richard Scobee said in a Jan. 24 release. “These missions will benefit most from the increased capability and long service life of the C-130J. But the Air Force corporate process will ultimately determine where the aircraft will best be needed.”

The 910th AW offers the military’s only large-area, fixed-wing aerial spray capability to control disease-carrying insects, pests, “undesirable vegetation,” and to disperse oil spills, according to AFRC. The 302nd AW is the Reserve’s sole wing that flies the Modular Airborne Fire Fighting System for the US Forest Service. The wings fly older H models of the aircraft.

AFRC is conducting site surveys this month at Youngstown and next month at Peterson, and will provide its results to the Air Force. The service hasn’t released a timeline for making a final decision.