Skip to content
An Atlas V CST-100 OFT Starliner rocket launched from Cape Canaveral Air Force Station, Fla., on Dec. 20, 2019. This was the Starliner's, a capsule manufactured by Boeing, first test flight and it's mission was to deliver supplies to the astronauts at the International Space Station. Air Force photo by Airman 1st Class Zoe Thacker.
Expand Photo 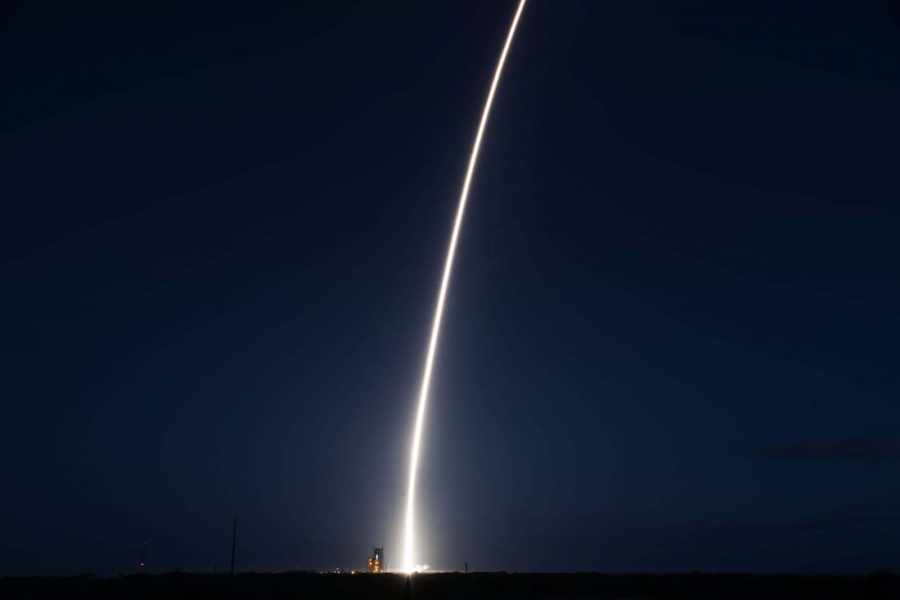 An independent review team investigating the first in-space test of Boeing’s Starliner astronaut capsule should have its review wrapped up by the end of February.

Boeing and NASA are conducting the review jointly. They already plan to recheck all 1 million lines of Starliner’s software code after the capsule, flying crewless for the test, failed to reach the International Space Station and dock there, a requirement for NASA’s human spaceflight certification. A future flight test with a three-person crew, expected to include retired Air Force Col. Edward Michael Fincke, is also part of the plan for human certification.

So far, the investigators have found “numerous” procedural breakdowns in Boeing’s software development that resulted in at least two glitches severe enough to end a mission, said Doug Loverro, associate administrator of NASA’s Human Exploration and Operations Mission Directorate and formerly the Defense Department’s deputy assistant secretary of defense for space policy. Loverro was one of several officials from NASA and Boeing who answered reporters’ questions in a teleconference Feb. 7, after the two software errors came up at a meeting of NASA’s Aerospace Safety Advisory Panel the day before.

“We don’t know if it’s just two, or if it’s many hundreds,” Loverro told to the press, referring to the coding errors.

Mission controllers realized something was wrong soon after Starliner’s launch Dec. 20 from Cape Canaveral Air Force Station, Fla., when the capsule’s thrusters failed to fire in time for a maneuver that would’ve put it in the correct orbit to get to the ISS.

By the time that software bug was sorted out, Starliner had too little fuel to complete the mission, so NASA and Boeing brought it back for an early landing at the Army’s White Sands Missile Range, N.M.

Yet just a few hours before touching down—Starliner lands on airbags—another software error came to light: an incorrectly coded thruster firing that likely would’ve made the capsule and its disposable service module bump into each other when they separated during reentry, throwing off the capsule’s trajectory enough that it might not have recovered.

Complicating matters, the mission team found that at times, they couldn’t communicate with Starliner when it passed over certain geographic areas, making it difficult to upload the corrected code. They suspect that it was susceptible to interference from cell phone towers, but that’s not final.

“You often wish you had gone through the design process differently,” Jim Chilton, Boeing’s senior vice president of the space and launch division, acknowledged on the media call.

Boeing’s Starliner program manager John Mulholland said, “Nobody is more disappointed” in the flight test than his team. “But, … we’re committed to resolving those issues.”

NASA wants to eventually buy tickets on Boeing-operated Starliner flights to send astronauts back and forth to the ISS. Since the space shuttles retired in 2011, only Russia has delivered astronauts to the ISS and back, a situation that has cost NASA in the range of $80 million a seat.

Rather than build another government-owned fleet like the space shuttles, NASA awarded commercial crew contracts to Boeing and SpaceX in 2014 to develop new crew vehicles that the companies will own, partly in hopes the vehicles’ existence might spur commercial demand for flights elsewhere in low-Earth orbit. Both companies pitched capsules—Boeing’s Crew Space Transportation-100 Starliner and SpaceX’s Crew Dragon—rather than spaceplanes like the space shuttles.

As part of the deal, both said they would have their capsules certified for human passengers by 2017.

But neither has flown with a crew yet.

A SpaceX Crew Dragon test capsule docked with the ISS, then splashed back down to Earth, in March 2019, only to explode on the launch pad the following month during a test of its onboard engines, which are needed in case of an emergency during launch. SpaceX followed up with an in-flight test of that launch-abort system Jan. 19, and together with subsequent tests of its parachutes, the results may clear the way for Crew Dragon’s crewed test flight to the ISS.

NASA Administrator Jim Bridenstine told reporters it was too soon to know if the government will indeed require Boeing to try another uncrewed flight before letting Starliner fly with a crew.