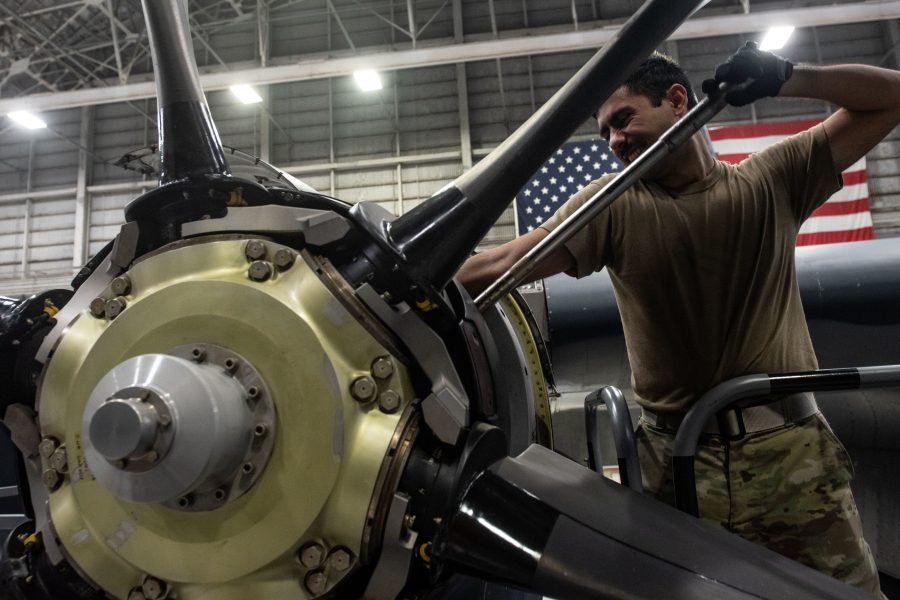 The Air Force and Rolls-Royce are finalizing a contract for new Virtual Reality Maintenance Training Software for the C-130J’s AE 2100 engines, giving Airmen the chance to virtually “break open” and train on power plants as opposed to working on an aircraft’s real engine.

The software system, combined with off-the-shelf virtual reality headsets and computers, will first be provided to the 58th Maintenance Group at Kirtland Air Force Base, N.M., which flies HC-130Js and MC-130Js, according to a Rolls-Royce release. Currently, Airmen who want to train extensively on the AE 2100 need to go to a Rolls-Royce facility in Indianapolis and work with company representatives. A contract is expected to be finalized within the next few weeks.

“We must transform the way we learn,” said Col. J.B. Baquet, commander of the 58th MXG, in a Rolls-Royce release. “The VR maintenance system will enhance training efficiency, shorten the learning curve, accelerate skill levels, and improve fleet readiness.”

The Rolls-Royce developed software is “extremely sophisticated” and developed over the past two years as the company moved into a “model-based design and engineering environment” for developing its new engines, said Nadine Melind, the director of services growth and solution design for Rolls-Royce Defense. From that development, it was then “natural” to progress into sustainment and maintenance and use the digital modeling of the entire engine for training.

“This will give them an experience they would normally not be able to have,” in being able to go, virtually, in-depth into the engine, she said. Once the systems are delivered, Airmen will be able to practice in the environment as often as they like.

The delivery of the VR systems to Kirtland comes as the Air Force is looking broadly at increasing the use of VR in several other areas of training. Air Education and Training Command, for example, has adopted VR systems for its “Pilot Training Next” initiative to give pilots more repetition in a digital environment before, and in addition to, real-world flying.

Rolls-Royce began its effort on VR with the AE 2100 because it is the “largest community of AE engines in the world,” and particularly in the Air Force. The company also has developed a VR training “experience” for the BR725 engine, which is the civilian equivalent of the F130 engine the company is submitting for the B-52 re-engining competition. The VR system, with some modifications, could also be used for V-22 Osprey operators.