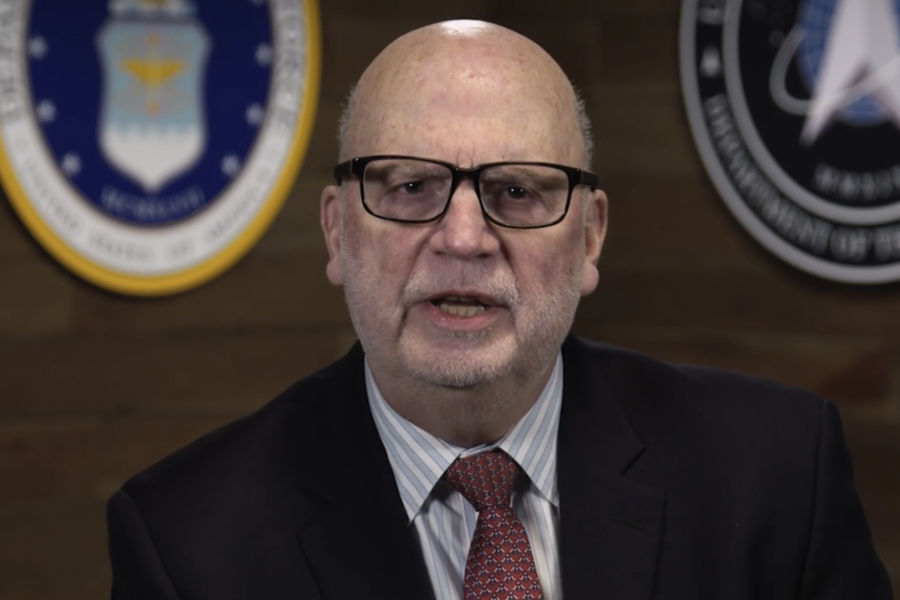 John P. Roth is no stranger to transition.

Over the past several years, Roth has often been a go-to official tasked with steadying the Pentagon and the Air Force as they move between eras in leadership.

As acting Air Force Secretary, he’s now shepherding the department through the first months of the year as the nation awaits President Joe Biden’s pick for a permanent Air Force Secretary. Handing off the Air Force and Space Force to a new administration should be smooth and transparent, Roth said Feb. 26.

“We are here to defend the nation, and that’s not going to change, regardless of which administration,” he said during AFA’s virtual Aerospace Warfare Symposium.

His remarks came the day after the U.S. military sent two F-15 fighter jets to carry out an airstrike against Iranian-backed militia facilities in Syria on Feb. 25. The military action is the Biden administration’s first-known military action in the Middle East in retaliation for recent rocket launches at American troops in the region.

“We can’t afford to take a pause, strategic or otherwise, and wait for all the various nominations to take place and all the kinds of things that go along with that,” Roth said.

For the past year, the Air Force has also adjusted to pandemic-era precautions as the new coronavirus spread around the world, killing more than 500,000 Americans so far.

The department has done its best to maintain military readiness, Roth said, while standing up a Space Force, pushing more than 27,000 people through basic training since February 2020, continuing bomber patrols, and further deploying to conflicts in the Middle East.

Now, the Department of the Air Force is ramping up its support to the nationwide COVID-19 vaccination effort. Two teams are already in place to help the Federal Emergency Management Agency dole out shots, with another four or five teams ready to go, Roth said.

He praised the vaccine rollout within the Air Force and Space Force as well.

“Virtually our entire leadership team has taken the vaccinations,” Roth said. “Everybody needs to step up.”

More than 270,000 shots have gone into Airmen and Guardians’ arms, he said, though about 20 percent of people offered a vaccine have declined. Those who turned down a shot are “starting to come around as well,” Roth added.

“Vaccinations are key. [Continuing] to honor the COVID protocols is a key, and we as a nation will get this behind us, and we the Air Force stand ready to do our part,” he said.

The Department of the Air Force this year will again try to convince Congress to let it overhaul parts of the inventory to better challenge China, though that modernization pivot is taking longer than the services might like.

But the Air Force can’t win wars with superior technology alone, he noted. The military is newly grappling with deep dives into sexual assault, racism, and ideological extremism in its ranks as well—issues that threaten readiness on the personnel side.

“We need to ensure that we have … an enterprise where people can come in and work to their maximum potential, and not live in fear, or not have to look over their shoulder,” Roth said. “We need to be open and honest about the challenges, and we need to address those.”