Skip to content
A video published to Facebook by the Russian Defense Ministry on July 30 appeared to show a U.S. Air Force RC-135 surveillance aircraft over the Black Sea, flying near the Russian border, though U.S. Air Forces in Europe wouldn't confirm or deny whether the claim or video were authentic. Facebook video screenshot.
Expand Photo 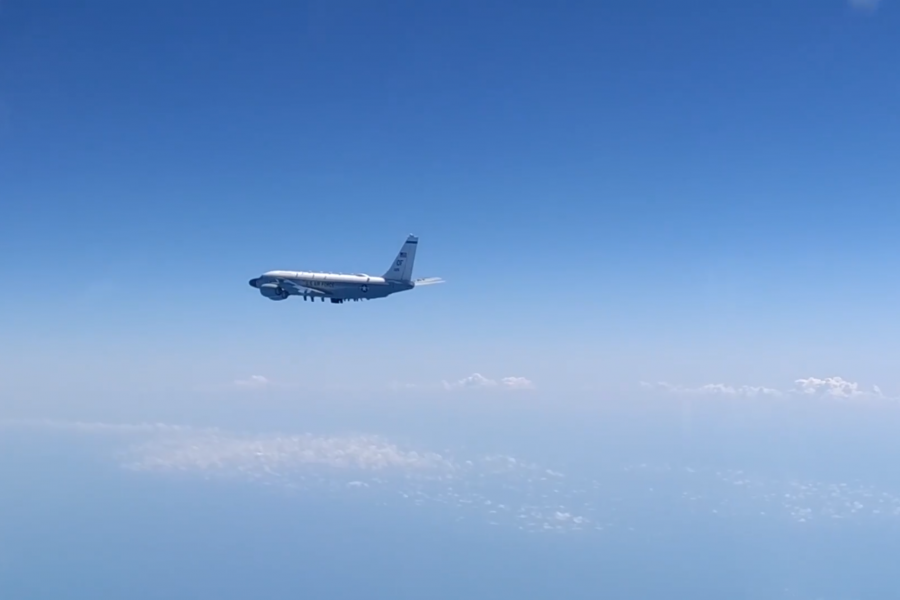 A Russian Su-27 fighter came toward the American aircraft “at a safe distance” before identifying them, the Russian Defense Ministry wrote in a Facebook post published the same day. Once the U.S. aircraft steered away from the Russian border, the fighter departed.

Neither American aircraft crossed the Russian border, noted the post, which included a 36-second video that appeared to depict both aircraft.

U.S. Air Forces in Europe would neither confirm nor deny the authenticity of the Russian claim or footage.

“Our aircraft routinely interact with Russian units in international airspace and most interactions are safe and professional,” USAFE spokesperson Erica Vega wrote in a July 31 email to Air Force Magazine. “Unless an interaction is unsafe, we will not discuss specific details.”

This is at least the third alleged intercept of a USAF RC-135 aircraft over the Black Sea in about a month. Russia made similar claims on July 14 and June 26.