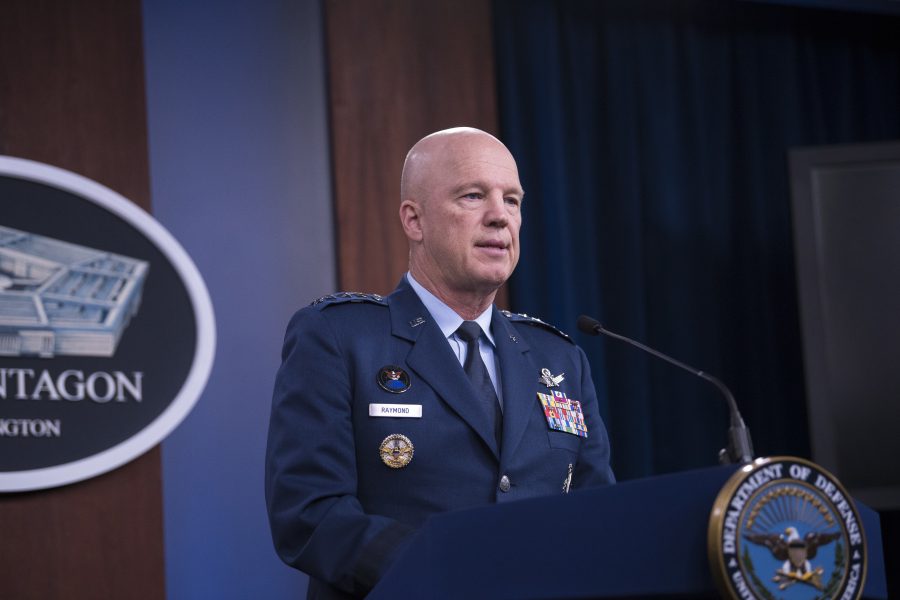 “Russia’s DA-ASAT test provides yet another example that the threats to U.S. and allied space systems are real, serious, and growing,” SPACECOM boss Gen. Jay Raymond said in a release. “The United States is ready and committed to deterring aggression and defending the nation, our allies, and U.S. interests from hostile acts in space.”

The command, which manages daily offensive and defensive military space operations, did not answer where the ASAT weapon was aimed, but it is not tracking any space debris as a result of the test, according to spokeswoman Lt. Col. Christina Hoggatt. She referred questions on whether SPACECOM had spoken with its Russian counterparts about the test to the State Department, and did not say if the Pentagon was responding in a way that could deter Moscow from testing such weapons in the future.

“This test is further proof of Russia’s hypocritical advocacy of outer space arms control proposals designed to restrict the capabilities of the United States while clearly having no intention of halting their counterspace weapons programs,” Raymond said.

SPACECOM said Russia’s missile can destroy satellites in low Earth orbit, which stretches up to 1,200 miles above the Earth. Direct-ascent weapons try “to strike a satellite using a trajectory that intersects the target satellite without placing the interceptor into orbit,” according to the Center for Strategic and International Studies. Ballistic missiles and missile defense interceptors can be used as direct-ascent ASAT weapons.

Russia’s demonstration that it can damage assets in low Earth orbit comes as the U.S. plans major investments in that area of space. LEO is already home to remote sensing and scientific satellites, according to the National Air and Space Intelligence Center, and is where the government and commercial sectors want to loft a vast constellation of low-cost communications and other satellites over the coming decades.

A CSIS report published last month noted that Russia is developing an air-launched, direct-ascent ASAT missile and has already tested a ground-based version. The country is ramping up its ability to interfere with other nations’ space assets using kinetic means as well as electromagnetic and cyber tools.

“Evidence suggests that Russia has invested in a sweeping range of kinetic physical counterspace capabilities over the past decade, including ground- and air-launched direct-ascent ASAT missiles capable of targeting satellites in LEO and co-orbital ASAT weapons that could operate in any orbital regime,” the March 31 report said. “Russia’s kinetic physical counterspace activities often closely resemble previously operational Soviet-era ASAT programs, suggesting that the country has benefited from decades of ASAT weapons research conducted by the Soviet Ministry of Defense.”

The U.S. military has reported other instances of suspicious Russian activity on orbit this year. Most notably, TIME first reported in February that two Russian satellites were following a National Reconnaissance Office satellite, which the Pentagon decried as an act of aggression even as Moscow said the systems were part of a domestic experiment to see if a “nesting doll” satellite could separate into two on orbit.

SPACECOM says Russia’s action in space “would be interpreted as irresponsible and potentially threatening in any other domain.”

The announcement of the DA-ASAT test comes the same day a Russian Su-35 intercepted a U.S. Navy P-8A Poseidon flying in international airspace over the Mediterranean Sea.

“The interaction was determined to be unsafe due to the Su-35 conducting a high-speed, inverted maneuver, 25 [feet] directly in front of the mission aircraft, which put our pilots and crew at risk,” according to a statement from U.S. Naval Forces Europe-Africa. “The crew of the P-8A reported wake turbulence following the interaction.”

The Navy said the U.S. was operating in international airspace and did nothing to provoke the 42-minute intercept.

“While the Russian aircraft was operating in international airspace, this interaction was irresponsible. We expect them to behave within international standards set to ensure safety and to prevent incidents, including the 1972 Agreement for the Prevention of Incidents On and Over the High Seas (INCSEA),” reads the statement. “Unsafe actions‎ increase the risk of miscalculation and potential for midair collisions.”

The U.S. aircraft was operating consistent with international law and did not provoke this Russian activity.