Skip to content
A screenshot from a Facebook video posted by the Russian Ministry of Defense appears to show a U.S. Air Force RC-135 reconnaissance plane flying over the Black Sea.
Expand Photo 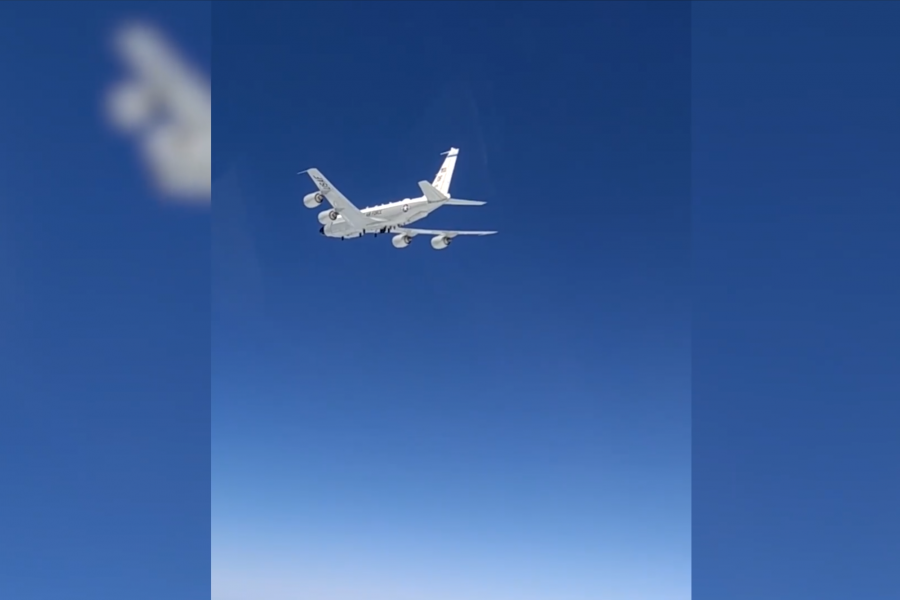 The Russian Defense Ministry claims it intercepted a USAF RC-135 reconnaissance plane and an MQ-9 Reaper, as well as a U.S. Navy P-8A Poseidon maritime patrol aircraft, over the Black Sea on July 14.

According to an English-language Facebook post published by the ministry, which included a 39-second video that appeared to depict a USAF RC-135, Russian fighter aircraft from the nation’s Northern Fleet and its Southern Military District escorted the aircraft until they veered away from the Russian border.

At that point, the ministry wrote, the Russian aircraft headed back to their “home airfields.”

“There was no violation of the state border of the Russian Federation,” the ministry wrote. “Flights of Russian aircraft were carried out in strict accordance with the international rules for the use of airspace.”

The Black Sea meeting marks at least the 10th interaction between U.S. and Russian aircraft in less than two months, as well as the second time Russia intercepted U.S. aircraft near the Black Sea since May 29.