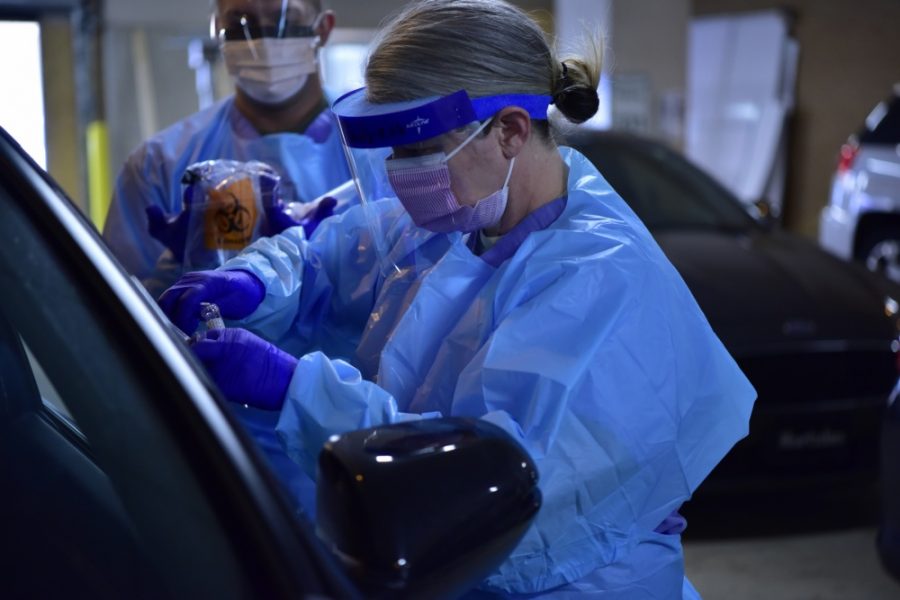 The Air Force on April 17 signed a $13 million research and development blanket purchase agreement with healthcare startup Curative Inc., to employ and scale a Food and Drug Administration-authorized, saliva-based COVID-19 test that can yield results in about one day, USAF announced April 20.

“For over two years, we’ve been accelerating our government purchasing system to work with innovative tech startups who need fast decisions and cash,” service acquisition chief Will Roper said in a release. “We had the right innovation network in place to find this potentially game-changing test and strike a deal at wartime speeds.”

The novel coronavirus test kits, which are manufactured by KorvaLabs Inc. and were greenlighted by the FDA for emergency use on April 16, have been used to test more than 57,000 people in Los Angeles, including about 5,000 people a day, according to the release. USAF aims to scale that to meet U.S. testing demands.

The $13 million agreement will cover the cost of building more than 40,000 test kits, training medical troops to perform the tests, standing up a new laboratory in addition to Curative’s current facility, and establishing testing locations at eight Defense Department installations, the release stated. Testing is slated to kick off within two weeks.

“Each lab is expected to process up to 50,000 test examinations per day,” it explained. “These orally administered tests have an average turnaround time of 24 hours.”

According to the release, the investment was sanctioned by the Assistant Secretary of Defense for Health Affairs and the Defense Health Agency because the test kits are considered lower-risk than nasal swab testing.

If the effort succeeds, the test kits’ use may be widened to include the nation’s civilian population, the service said.

“Though our starting point is the military, we’re ensuring there are no ceilings to going bigger,” Roper said.

While Curative test kits have been used for drive-through testing in California, Roper noted that individuals can perform the tests on themselves, and the kits can be “sealed for laboratory processing without” burdening medical staff or supplies.

Curative was founded to expand the diagnosis of sepsis, but it changed gears in response to the pandemic, rededicating its laboratory and manpower to help the nation expand its COVID-19 testing capacity, its website explains.

The agreement is being overseen by USAF’s Rapid Capabilities Office in tandem with the Defense Health Agency and the Joint Acquisition Task Force, the release stated.