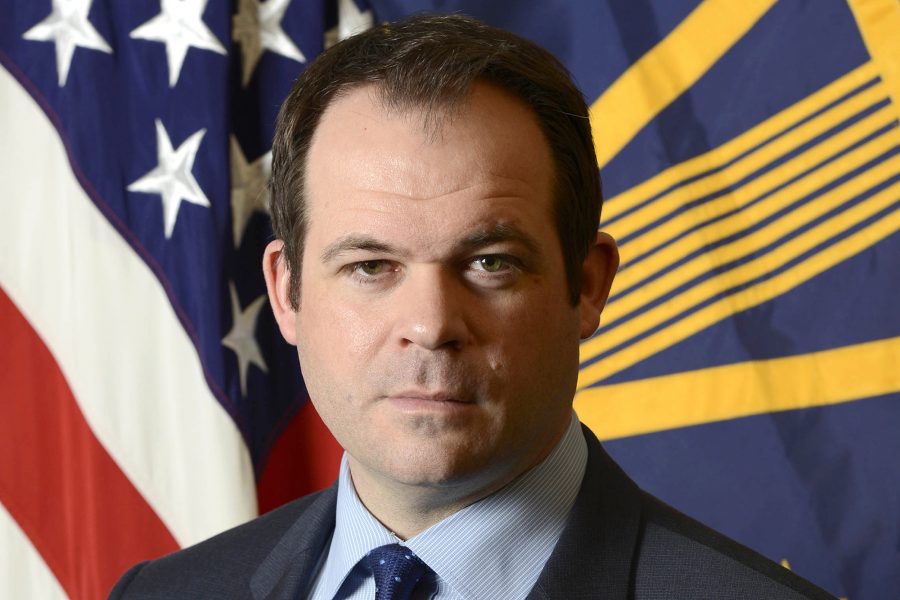 Eric Chewning, the chief of staff to Defense Secretary Mark Esper, will step down this month, the latest in a series of high-profile officials to leave the Pentagon.

Chewning, who also served as the top adviser to then-acting Defense Secretary Patrick Shanahan, first joined DOD as the deputy assistant secretary of defense for industrial policy in October 2017.

Jen Stewart, currently the minority staff director for the House Armed Services Committee, will take over the role. She previously served as a senior adviser to former Chairman of the Joint Chiefs of Staff Gen. Joseph Dunford and the national security adviser to Speakers of the House Paul Ryan and John Boehner, according to a DOD statement.

“I have known Jen for years and I’m excited to bring her into the department,” Esper said in a statement.

Chewning’s exit follows the recent resignations of other high profile officials such as Randall Schriver, the assistant secretary of defense for Indo-Pacific security affairs; Defense Advanced Research Projects Agency Director Steven Walker; Jimmy Stewart, who was performing the duties of the under secretary of defense for personnel and readiness; and Tina Kaidanow, senior adviser for international cooperation, among others.

Pentagon spokeswoman Alyssa Farah in a statement said the department is bringing in quality personnel to leadership positions, with three new Senate-confirmed appointees being sworn in this week and another three awaiting Senate action. Additionally, four new senior executive service appointees will be sworn in.

Recent Senate-confirmed appointees include Robert Sander to be the Navy’s general counsel, Lisa Hershman to be the chief management officer, and Dana Deasy to serve in the position of chief information officer, which was recently made Senate confirmable.