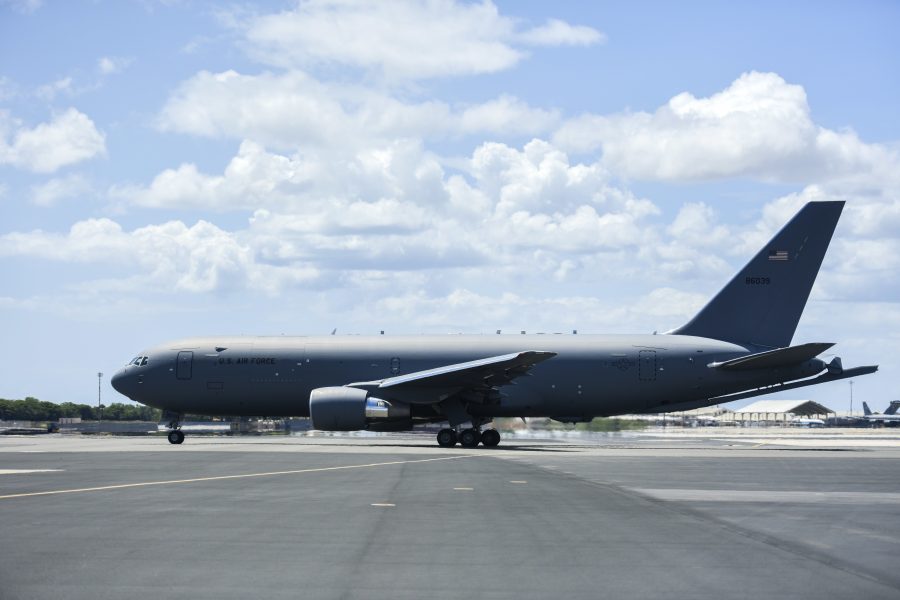 Defense Secretary Mark T. Esper on Oct. 15 said he is keeping a close eye on the modernity and readiness of the Air Force’s tanker fleet.

“When I think about strategic mobility, I think about airlift and sealift principally, and with airlift, you have to think about tankers,” he told Thomas W. Spoehr, director of the Heritage Foundation’s Center for National Defense, during an on-stage discussion at the Washington think tank. “And so one of the concerns I have out there is, you know, is our tanker fleet modern and ready?”

Reflecting on USAF’s beleaguered new KC-46 tanker, Esper said he’s “spent time with” both the service and Boeing—the aircraft’s manufacturer—touring the aircraft and trying to figure out how the Pegasus’ remote vision system might be successfully overhauled by 2023. Air Force acquisition chief Will Roper recently told reporters the new-and-improved system, known as the Remote Vision System 2.0, may pave the way for autonomous refueling.

“So I’m really focused right now in that leg with regard to tankers, because we know we need 487 tankers out there, so I have to extend the life of the current fleet [and,] at the same time, try and pull to the left that future fleet,” Esper said during the discussion. “So that’s one big thing I look at.”