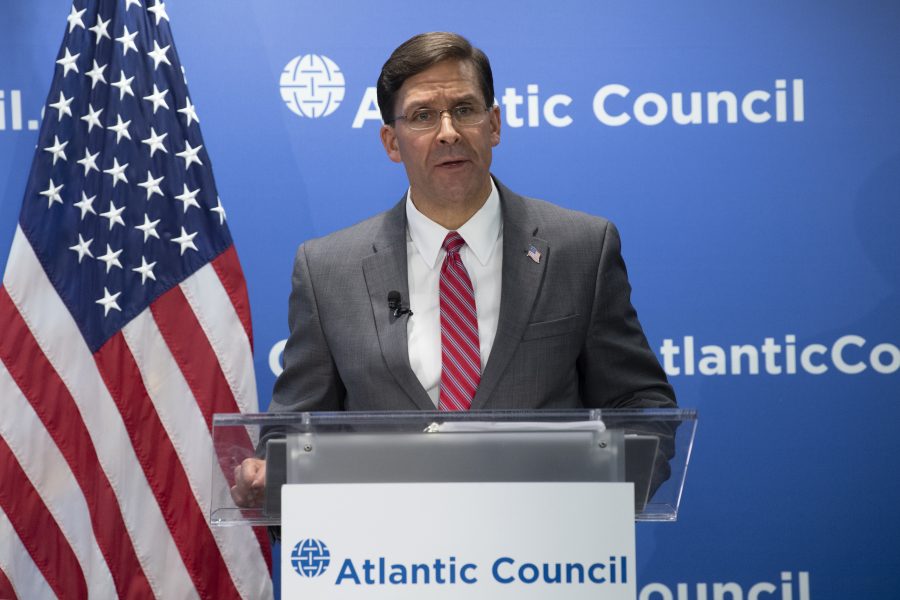 During an in-person appearance at the Atlantic Council think tank in Washington, Esper said the more eastward the U.S. can pivot its personnel and assets, the better job it can do of safeguarding its allies and partners from the Russian threat.

“It’s common sense,” Esper said. “You don’t need to be Napoleon or MacArthur to look at the map and realize that the further east you are, the more reassurance you could provide for those allies and partners on the frontlines—whether it’s in the northeast, it’s the Baltic states, Poland, just due east of Germany, or in Bulgaria and Romania in the southeast along the Black Sea.”

According to Esper, this “strategic” force movement will also help the U.S. tackle “the time-distance challenges” in case Russian forces undertake “some type of really aggressive action.”

The shift away from Germany also will help the U.S. make good on its “five key principles” of fortifying the NATO alliance, boosting “U.S. strategic flexibility and European Command operational flexibility,” and reassuring allies, all while looking out for U.S. troops and their families, Esper said.

The Secretary also spoke to “a real opportunity” to base at least portions of the U.S. Army’s 2nd Cavalry Regiment in Poland—a possibility he said the would-be host country wants and that the U.S. believes is logical—and the potential for stationing a forward element of the Army’s V Corps within Polish borders, as well.

“But we also need to look at the Baltics and the Black Sea region to make sure that we’re meeting those five imperatives along the …frontline trace, if you will, of where we sit vis-a-vis Russia,” he said.

In a similar vein, Esper said the National Guard Bureau’s State Partnership Program, which was created in 1993 to cultivate bonds “with former Soviet Bloc nations,” needs to prioritize “frontline and emerging partner nations to compete with China and Russia.” For this reason, he said, the department will carry out “an independent, strategic” assessment of all current partnerships to help it identify efficiencies and make the overall program more effective.

DOD is also exploring how it might be able to scale-up the State Partnership Program, he said. While the endeavor currently boasts a portfolio of 82 partnerships with four new ones pending, Esper aims to bring the grand total to 94 “by the end of 2025.” The Pentagon wants to do this by boosting funding and making it “more consistent and predictable,” but Esper said that will require Congressional help.