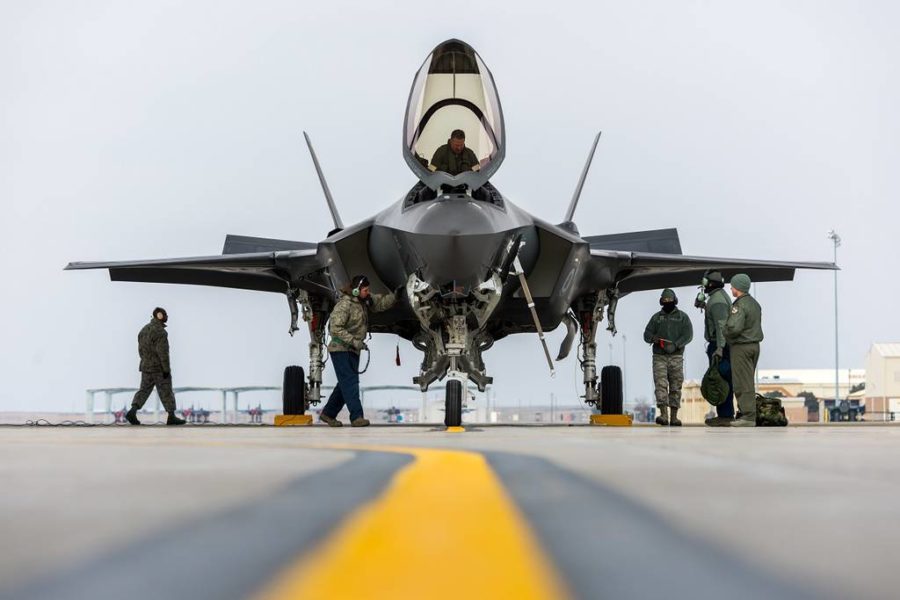 Senate Panel Wants the Services to Manage F-35 Sustainment, Not the JPO

For more than two decades, a joint program office has overseen the development, acquisition, and sustainment of the F-35 Joint Strike Fighter. In the next few years, at least part of that could change.

The Senate Armed Services Committee released its markup of the 2022 National Defense Authorization Act on Sept. 22, and in the bill, the panel called for the Department of Defense to transfer sustainment management to the military services for their respective variants by no later than Oct. 1, 2027.

As part of the provision, the Pentagon would be required to submit to Congress by February 2022 a plan for making such a transition, in which the Air Force would be responsible for the F-35A and the Navy for the F-35B and F-35C.

The committee’s markup still needs to be passed by the full Senate, reconciled with the version of the NDAA approved by the House, and signed into law. But the potential change would mark a key turning point in the history of the program, which was officially established in 1994 as the Joint Advanced Strike Technology Program.

Since the F-35 was first delivered to the Air Force in 2011, key management aspects of the fighter program have remained under the joint program office—the Air Force Life Cycle Management Center, for example, helps to organize, train, and equip the JPO but is not directly responsible for the F-35’s procurement, fielding, sustainment, and modernization, as it is for the other fighters in the Air Force’s portfolio.

Plans to transfer authority away from the JPO and to the services have been discussed since 2018. At that time, the Pentagon’s acquisition boss, Ellen Lord, wrote to Congress saying the services would eventually develop their own program offices in a transition process. She did not, however, lay out a timeline for that to occur.

Sustainment for the F-35 has been a hot topic in recent weeks, after the joint program office agreed to a deal with Lockheed Martin that could last through 2023 and cost up to $6.6 billion, with the long-term goal of a performance-based logistics contract to help manage the ballooning sustainment costs that have led to fierce criticism.

At the same time, the Air Force has faced questions about whether it will integrate engines from its Adaptive Engine Technology Program into the F-35. The House Armed Services Committee, in its version of the 2022 NDAA, directed the joint program office to develop a plan for using the newer engines by 2027. It did not, however, make any reference to transitioning management for the F-35 to the services.

There are other differences between the House and Senate panel markups related to the F-35. The Senate bill would provide funding for one extra F-35A beyond the Air Force’s request for 48 new planes, despite the fact that the service did not include any additional F-35s in its unfunded priority list. The House bill would limit the number of F-35s the Air Force can buy starting in 2028, depending on how far sustainment costs come down. And the Senate version would provide an extra $1.7 billion for the Air Force to upgrade the fleet of F-35s it has now with the Block 4 and Technology Refresh 3.

The Senate Armed Services markup also addressed the Air Force’s recently announced request for information on a “bridge tanker” to follow the KC-46.

While Lockheed Martin has already unveiled its bid for the tanker, called the LMXT, the Senate bill would block the Air Force from spending any money in the 2022 budget on such a tanker until the KC-46’s Remote Vision System 2.0 begins operational testing. The Air Force has said it hopes to start installing and retrofitting the RVS 2.0 into planes starting in 2024.

The Senate committee report accompanying the 2022 markup indicated support for the Air Force’s Skyborg “Vanguard” program, an artificial intelligence-based system intended to fly unmanned aircraft. And as part of that support, the committee recommended the service buy 12 more Valkyrie drones, low-cost attritable aircraft, boosting the budget by $75 million to do so. The XQ-58A Valkyrie, developed by Kratos Defense, has been used in several Skyborg demonstrations.