Skip to content
A U.S. Air Force C-130 Hercules, assigned to the 152nd Airlift Wing, is covered in snow on the flight line on Nov. 8, 2020. Cropping and exposure adjustments were made to emphasize the subject, the photographer notes. Air National Guard photo by Airman Thomas Cox.
Expand Photo 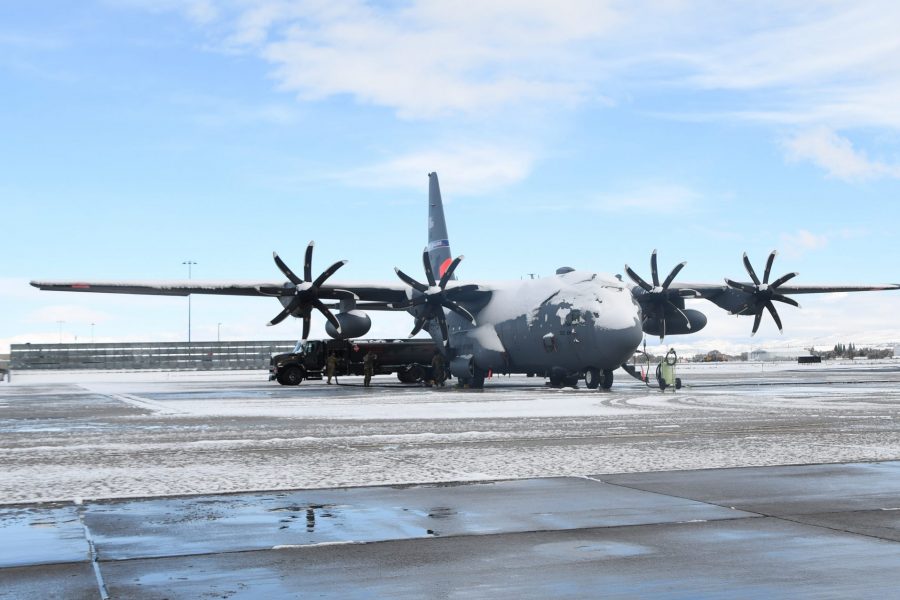 The Air Force’s C-130 fleets have again caught the eye of congressional lawmakers, who asked for more information on the future of those aircraft in a version of the fiscal 2021 defense spending bill.

Senate appropriators are offering $760 million more than the Air Force requested to buy eight C-130s for the Air National Guard and Air Force Reserve, as well as $55 million for propeller upgrades following widespread concern about their viability. The Senate Appropriations Committee released its 2021 legislation on Nov. 10.

The transport and cargo fleet has seen other problems as well: The Air Force began inspecting more than 130 C-130s for cracks last year after the service found issues with an H-model plane, and senators raised concerns about the fleet’s landing gear.

The Senate Appropriations Committee is also pushing the Air Force to replace the LC-130H fleet with a newer model. Those unique planes are equipped with skis so the military can travel in remote polar regions, such as areas of Greenland.

“Recapitalizing this fleet to the newer J-model aircraft will ensure continued access to these polar regions in the future, a vital capability to preserving our national interests in the region,” lawmakers said. “The Committee directs the chief of the National Guard Bureau to provide a report to the congressional defense committees … on the plan for managing and modernizing the existing LC–130H fleet.”

That report should cover information on the current LC-130H force structure and capability requirements, a modernization plan, and a list of the fleet’s unfunded priorities.

“The committee encourages the Secretary of the Air Force to program and budget for recapitalization of the LC-130H in future years’ budget cycles,” the legislation said.