Skip to content
F-16s from the 20th Fighter Wing are shown at Prince Sultan Air Base, Saudi Arabia, following their arrival there for the new deployment. Photo via the 378th Air Expeditionary Wing on Facebook.
Expand Photo 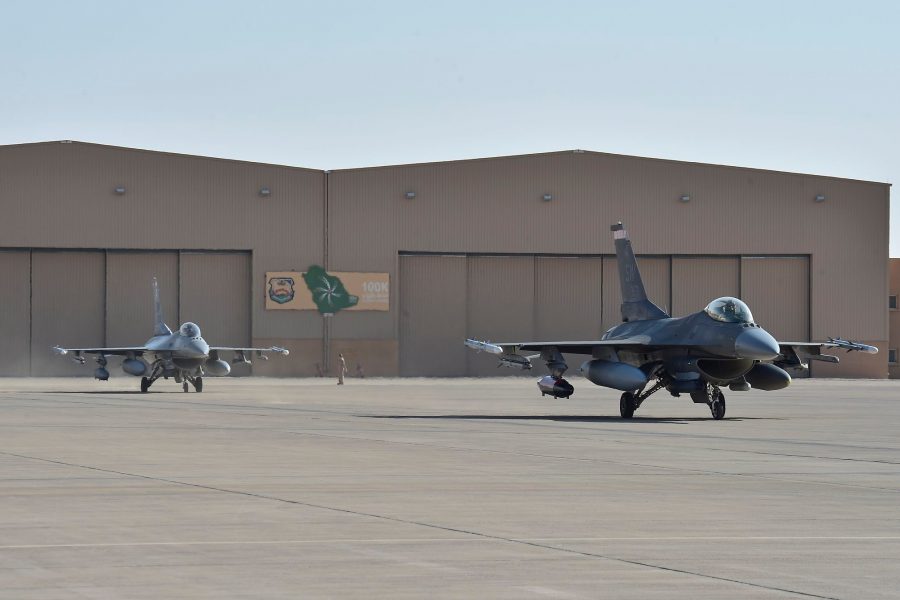 While in the Middle East, the 77th Fighter Squadron and 77th Fighter Generation Squadron personnel will be tasked with generating combat air power to help make the region more stable and secure, according to the release.

The 378th Air Expeditionary Wing, which the Airmen will join for the extent of their deployment, posted photos of the fighters’ arrival to its Facebook page on Oct. 14.