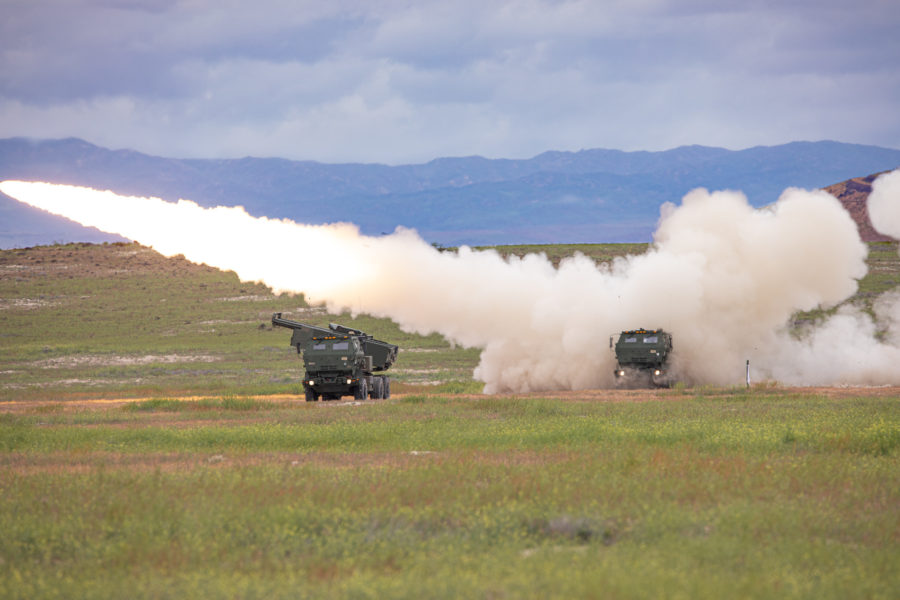 The attempt by Ukraine to hold the eastern city of Sievierodonetsk ended June 23 as the Biden administration announced another $450 million in military aid, including four additional HIMARS rocket systems, to help strike Russian artillery as unmanned aerial systems have grown ineffective against Russian air defenses.

“Initially, it was that short-range air defense that we were providing in in massive quantities. But we quickly shifted our focus to seeing how we could bolster and enhance Ukraine’s existing air defense capabilities,” the official said. “We are still looking at how we can continue to help the Ukrainians build out those systems. And it is it is a priority area.”

Despite Russia’s superior numbers and more sophisticated jets, Ukraine used the air defense systems to prevent Russia from taking control of the skies.

“Even though there is that substantial Russian threat, Ukraine has denied Russia air superiority,” the DOD official said. “The Ukrainians have been remarkably skilled in operating their air defense systems.”

“The Russian Air Force has been absent from the war to a large extent, and it’s because they’ve been intimidated by the … air defenses the Ukrainians have been able to use tactically pretty successfully,” Kendall said.

The result has been more than 100 days of contested air space.

U.S. and partner assistance to Ukraine has shifted of late, to include artillery for the ground battle grinding out in the flat, Donbas region of eastern Ukraine.

Defense packages now worth more than $6.8 billion have included 126 155 mm howitzers and artillery rounds. The long-delayed approval of High Mobility Artillery Rocket Systems (HIMARS) has led to eight systems donated so far, four of which are being used by Ukraine in the fight. The new systems are expected by mid-July.

But for as little as the Russian gains have been in recent weeks—as little as a few kilometers a day—reports indicate that Ukraine’s effectiveness has also diminished.

“Reinforced Russian air-defense systems in eastern Ukraine are increasingly limiting the effectiveness of Ukrainian drones, undermining a key Ukrainian capability in the war,” read a June 22 assessment by the Institute for the Study of War, which has closely tracked the conflict since it began Feb. 24.

Ukraine made sizable purchases of Turkish Bayraktar drones prior to the conflict.

The 30-foot-wingspan Bayraktar has destroyed Russian artillery and tanks with laser-guided bombs.

But Russia has begun to stymie Ukraine’s UAS advantage by beefing up its S-300 and S-400 air defenses on the Russian side of the border, reports Foreign Policy Magazine.

The Pentagon declined to comment on the UAS report, and a Ukrainian defense official did not immediately respond to inquiries from Air Force Magazine.

The DOD official who briefed media called Ukraine’s retreat from Sievierodonetsk a “managed retrograde” to a better defensive position after more than 90 percent of the city had been destroyed by Russian artillery.

“When you look at the sweep of the past four months, obviously, we’ve seen Russia having to completely recalibrate its plan,” the defense official said, referring to Russia’s failed multi-pronged attack on Kyiv that was later reduced to a full assault of the eastern Donbas.

Russia’s concentration on eastern Ukraine has slowly garnered it 20 percent of Ukrainian territory, with strikes now beginning again in northern Ukraine along the Belarusian border.

“It’s important to reflect on the cost that Russia has paid for this very small, very incremental gain,” the Pentagon official said. “What we see is they have these gains around the edges, and you have a fierce Ukraine that is fighting back with the world by its side.”