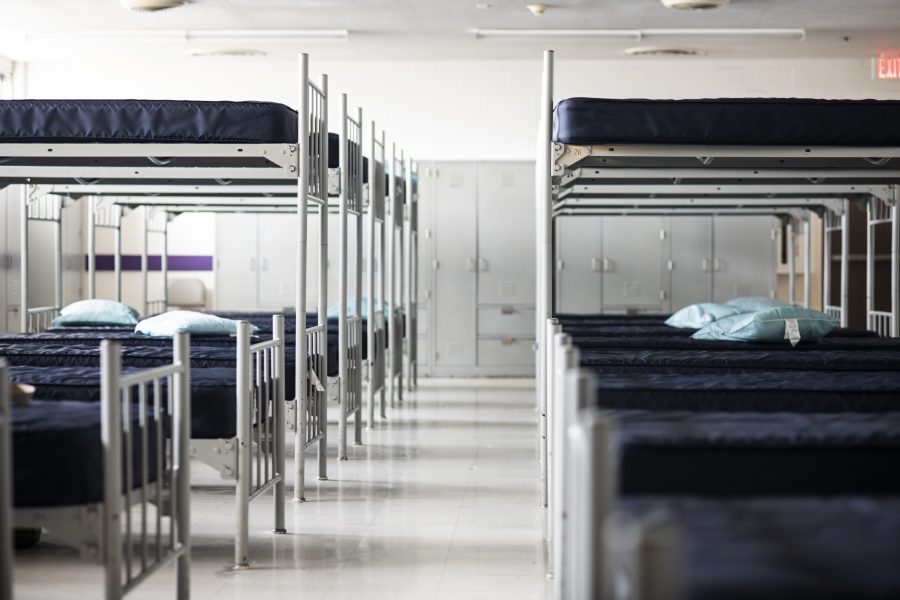 Air Force Basic Military Training isn’t on hold during the COVID-19 pandemic, but Airmen are reinventing the way it works in a bid to block the coronavirus from spreading to recruits.

More than 660 projected incoming recruits must spend their first two weeks under restriction of movement (or ROM) starting March 18, Air Education and Training Command said in a release issued that evening.

The Air Force says there are no COVID-19 cases at BMT.

“During the ROM, trainees will prepare for full-scale training and complete administrative tasks and limited training objectives, while operating within the parameters of social distancing and small group contact,” the release states.

Social distancing will also be factored into incoming trainees’ living arrangements, the command said, noting that they “will be housed at the most geographically-separated Recruit, Housing, and Training facility” at Joint Base San Antonio-Lackland, Texas. AETC said recruits will be housed in large bays with fewer than 40 residents each to minimize the risk of infection.

“Trainees previously assigned to the facility have been moved to other BMT squadrons to complete their training objectives,” the command said.

Also changing: procedures for hair cuts, uniforms issue, and meals. The command did not details what those changes were, however.

Recruits who fall ill will be quickly separated from others to stop the disease’s spread.

“We have contingency plans in place for new recruits identified through initial health screenings needing isolation,” said Maj. Gen. John DeGoes, 59th Medical Wing commander and medical director of the San Antonio Military Health System. “Pre-screening questionnaires identify symptoms, as well as recent travel exposure. For those recruits who become symptomatic, we have the facilities to provide the right type of care to our Airmen.”

Editor’s note: This story was updated to clarify the number of people housed per bay during recruit training.