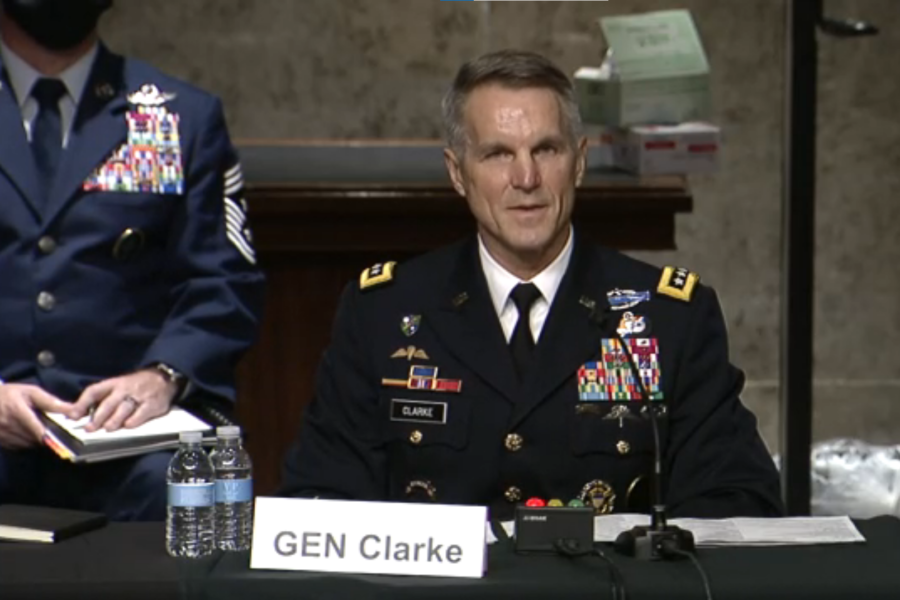 “In many remote areas, intelligence, surveillance, reconnaissance and close air support assets are stretched thin and come at high cost,” he said. “We continue to work with DOD to address this issue.”

SOCOM wants an armed overwatch system to provide “sustainable support” to activities fighting violent extremist organizations. SOCOM is seeking 75 armed overwatch aircraft that could deploy to remote areas and provide both ISR and attack capabilities to special operators. These aircraft would replace the Air Force’s U-28 Draco, an unarmed ISR platform.

“This program will provide cost-effective, multipurpose aircraft to support operations in remote, austere areas for the foreseeable future,” Clarke said.

SOCOM must sell Congress on the idea, which was not funded in the 2021 National Defense Authorization Act. Neither SOCOM nor USAF have disclosed how much they propose to spend on the program. The Pentagon’s 2022 defense budget request is not anticipated on Capitol Hill until May. The command hopes to have a demonstration this year, but no date has been set, Slife said.

About 5,000 SOCOM personnel are deployed today in 62 countries, down about 15 percent from last year and the smallest number since 2001, Clarke said. Increasingly, however, those deployed forces are shifting from counter-terrorism to “great power competition requirements,” Clarke said, with 40 percent of SOCOM’s deployed forces focusing on those efforts.

Clarke said SOCOM’s modernization priorities now reflect this change, and increasingly focus on next-generation ISR, mobility, and data networks “to ensure we have precision strikes in the future.”

This story was updated at 10:45 am on March 26 to correct the date of the Senate Armed Services Committee hearing.