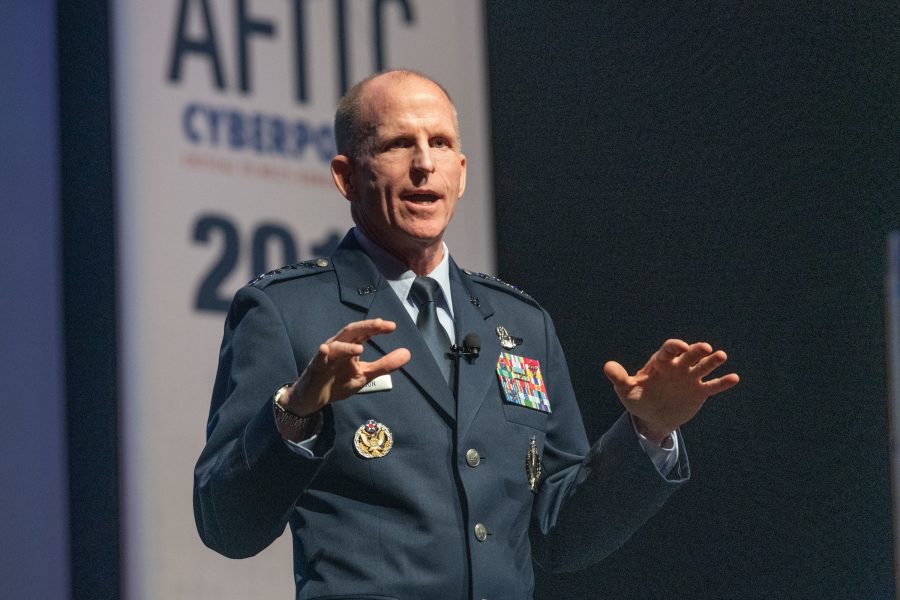 Some Air Force Missions Could Grow Under Bigger Budget

Wilson also said plans for a larger bomber force will firm up within a year, that the other services will have to justify their long-range strike spending, and that he is cautiously optimistic that mission-capable rates or similar readiness measures will continue to improve.

Speaking during an online Mitchell Institute for Aerospace Studies event, Wilson said the service plans to focus on staffing the most urgent areas first as it builds toward 386 operational squadrons—the so-called “Force We Need.”

“We’re certainly going to have to prioritize any growth that we have, and as we do that, we’ll follow this framework,” Wilson said.

He did not say how many people might be part of that first tranche of growth, but that the number will depend on “getting the mission areas right” first.

“The structure … determines the number of people,” he said, “instead of saying, ‘Here’s 1,000 people,’ and then figure out what you can do with them.”

He named the ability to “dominate in space” as the top priority, followed by building “a global sensing network” with resilient communications and more flexible data-sharing. After that, the service will emphasize fusing that information to come up with new plans of attack, using both stand-in and standoff forces. It also wants to beef up its logistics enterprise so that a flaw in the supply chain would not derail troops.

Trillions of dollars in federal spending to address the coronavirus pandemic could well halt the recent uptick in annual defense spending. That, in turn, will prompt the military to look at ways to do more with the people they already have, a trend already underway that is spurred by the promise of helpful artificial intelligence and machine learning algorithms.

Wilson joined the growing chorus of Air Force leaders who argue other services are needlessly duplicating USAF capabilities, which could land redundant capabilities like long-range strike on the chopping block in future budgets.

Pacific Air Forces boss Gen. C.Q. Brown Jr., the service’s presumptive next chief of staff, recently suggested the time is ripe for a “roles and missions” review that could cut down on overlap within the Pentagon and save money.

Air Force Global Strike Command boss Gen. Timothy Ray is talking to industry about potential options while also seeing what additional capacity the forthcoming B-21 could offer. Wilson predicted the Air Force will have a good idea of what the future bomber force could look like “in the next year or so.”