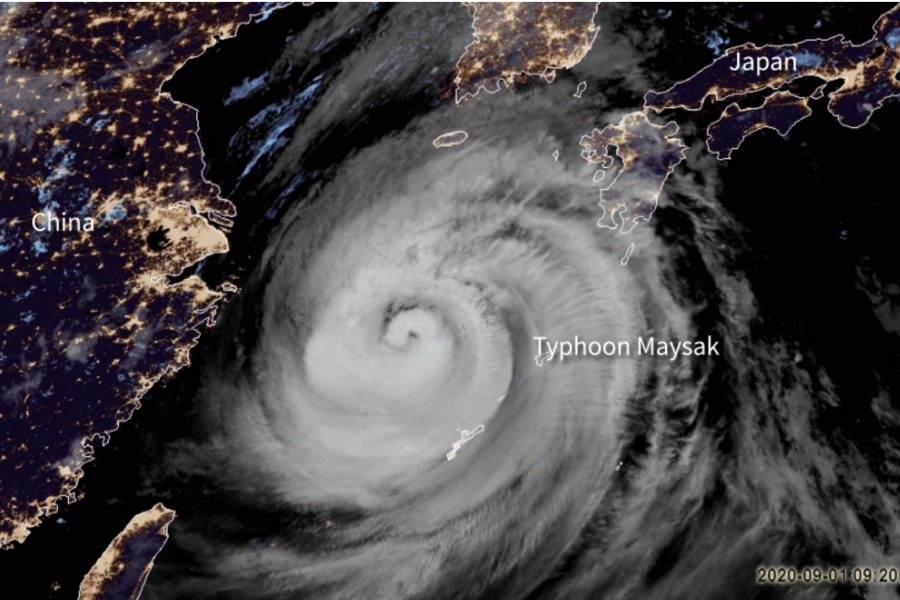 Kunsan Air Base announced at about 3 a.m. local time that it was in a Tropical Cyclone Condition of Readiness 1 Emergency, with wind gusts of more than 69 miles per hour. The warning called for all personnel to shelter in place and not report to duty until directed, staying indoors and away from windows.

The base did not announce if it had moved aircraft in advance of the storm, though it recently unveiled 20 new hardened aircraft shelters with improved storm drainage to better protect its F-16s.

Meanwhile, Osan Air Base, which is located further north, near Seoul, was also at TCCOR 1 with delayed reporting for Sept. 3. The base, in an announcement, said it expected 4-5 inches of rain with sustained winds of about 40 miles per hour.

Typhoon Maysak moved toward South Korea with the power equivalent to a Category 4 hurricane, with peak winds of about 130 miles per hour, though it was expected to weaken, according to CNN. The storm is expected to be one of the most powerful to hit South Korea in years, with ships evacuated from coastal waters and flights canceled, according to Yonhap News Agency.

Kadena Air Base, Japan, on Sept. 2 local time, announced it was all clear after the storm passed with limited damage. The base closed to all personnel except for recovery crews as Maysak moved by Okinawa, with no injuries reported.