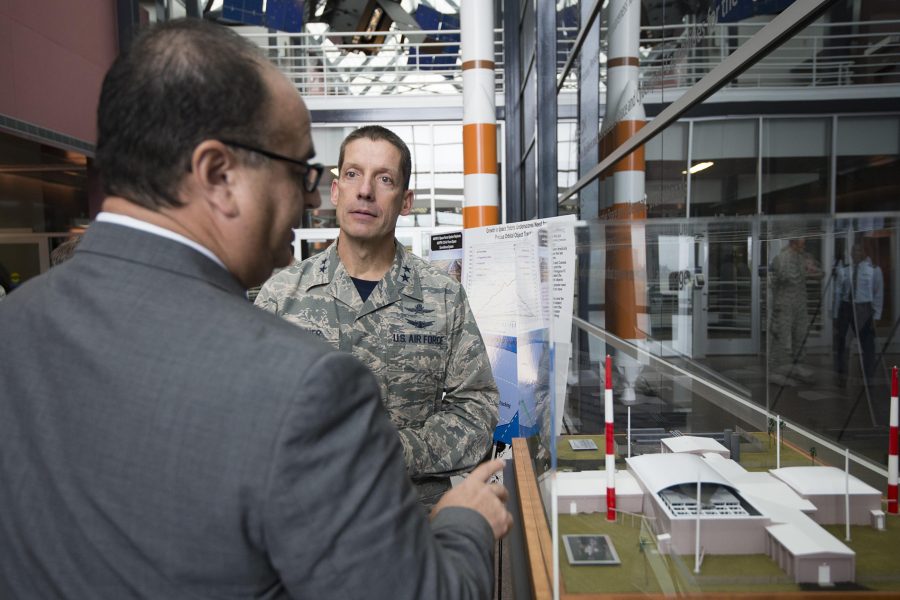 The Air Force’s Space Fence finished its initial operational test and evaluation phase in November, kicking off a trial period to see if the system works well enough to accept it for regular operations.

Space Fence’s first increment is neither in space nor a physical fence, but a series of ground-based sensors that will help identify and track about five times more debris than is currently doable—up to 100,000 objects or more—as the public and private sectors send more satellites and other objects into orbit. The system is expected to detect smaller objects from farther away than was previously possible.

“Increment 1 will provide the Air Force with enhanced space domain awareness through enhanced sensitivity to smaller objects in all orbital altitudes, a better revisit rate of objects in low Earth orbit, and an increased capability to create initial orbit determination on new objects,” a spokeswoman for the Air Force Space and Missile Systems Center said in a Nov. 25 email.

Air Force Space Command reviewed the Lockheed Martin program on Nov. 21 and agreed to start the operational trial period, according to SMC.

Space Fence will reach its initial operational capability milestone once the service decides to accept the first increment for regular use. The program won’t hit its milestone for full operations until the Air Force opens a second sensor site, though the Air Force zeroed out research and development funding for future work in its fiscal 2020 budget request.

The 20th Space Control Squadron under the 21st Space Wing at Peterson AFB, Colo., stood up a fourth detachment to operate Space Fence, according to SMC. The system sits on Kwajalein Atoll in the Marshall Islands and will be controlled from the Space Fence Operations Center in Huntsville, Ala., according to Air Force budget documents.

“Increment 2 … will include completion of the second radar at a location to be determined pending a separate Memorandum of Agreement decision approval and negotiations with the proposed host nation,” according to the Air Force’s 2020 budget request.

SpaceNews previously reported Lockheed was surveying land in western Australia for a second location. The company’s website indicates a second site was planned to go online in 2021.

“The locations and higher wave frequency of the new Space Fence radars will permit the detection of much smaller microsatellites and debris than current systems,” the company said. “Additionally, Lockheed Martin’s Space Fence design will significantly improve the timeliness with which operators can detect space events, which could present potential threats to GPS satellites or the International Space Station.”