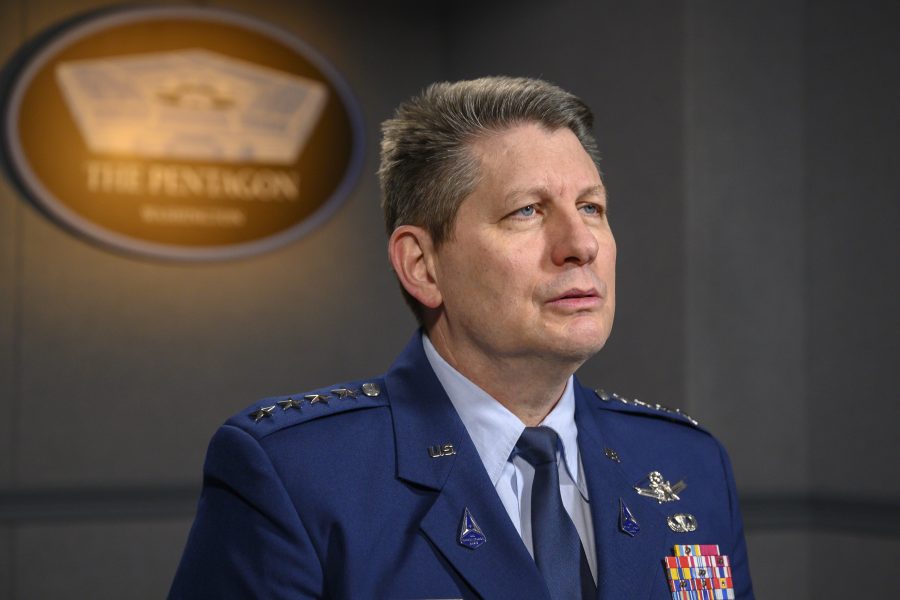 Space Force Charts its Own Path for Electronic Warfare

Electronic warfare will be a priority of Space Force members looking to protect military satellites and radars, but don’t expect it to look like the Air Force’s EW units.

“At this point in time, that’s not our … intent,” he said at an event hosted by the Association of Old Crows. “I won’t discount that as perhaps somewhere we need to evolve in the future, but the specific decision and action to create a space electronic warfare specialty inside of our space operations does, in practicality, the same thing.”

Electronic warfare experts will still run systems that attack on and defend aspects of the electromagnetic spectrum, like those that intervene with communications signals. The Space Force plans to train its EW officers in the tools, tactics, techniques, and capabilities they need for offensive and defensive operations and to recognize what adversaries might be plotting as well.

“I believe with the creation of the space electronic warfare subcategory inside the broader space operations officer [field], we’re in essence, functionally doing the same technique or creating the same effect,” Thompson said.

Electromagnetic warfare is one of seven disciplines necessary to secure space, the new service said in its capstone doctrine document published last August, defining the work as “knowledge of spectrum awareness, maneuver within the spectrum, and non-kinetic fires within the spectrum to deny adversary use of vital links” and having the “skill to manipulate physical access to communication pathways and awareness of how those pathways contribute to enemy advantage.”

EW helps ensure the U.S. military can pass imagery, coordinates, and other messages across the joint force during combat, and it is one tool that troops, like the 4th Space Control Squadron at Peterson Air Force Base, Colo., can use to stop enemies from doing the same.

The Space Force has noted electromagnetic spectrum issues as one of the most important aspects of future warfare, from natural electromagnetic radiation that could put spacecraft at risk, to energy that can disrupt communications links or spread disinformation.

“These vulnerabilities present a tremendous risk to the viability of military spacepower,” according to the doctrine. “Military space forces must prepare to exploit and defend the EMS as a weaponized maneuver space.”

Space-based EW has been part of the joint force for years, Thompson added, primarily through the Counter-Communication System used to jam others’ communications satellites. The Space Force declared a new version of CCS ready for operations in March 2020, calling it the service’s first offensive weapon system. But more technology upgrades must move forward for the military to be competitive, the vice chief said.

“Many [of] our capabilities have been forward-deployed in the Middle East in support of [U.S. Central Command] operations for well over a decade, in fact, approaching two decades,” Thompson said. “We do also need to evolve our space warfare capabilities into other areas. Ground-to-space is certainly one of them, but there’s other ways and techniques and opportunities to employ electronic warfare and conduct electromagnetic space operations … from space, in space, all those sorts of things.”

It may become particularly important as parts of the spectrum face additional challenges while growing more congested with new users.

“We really do need to explore and consider and ultimately pursue a fuller and broader scope of electronic warfare in a space sense,” Thompson said.