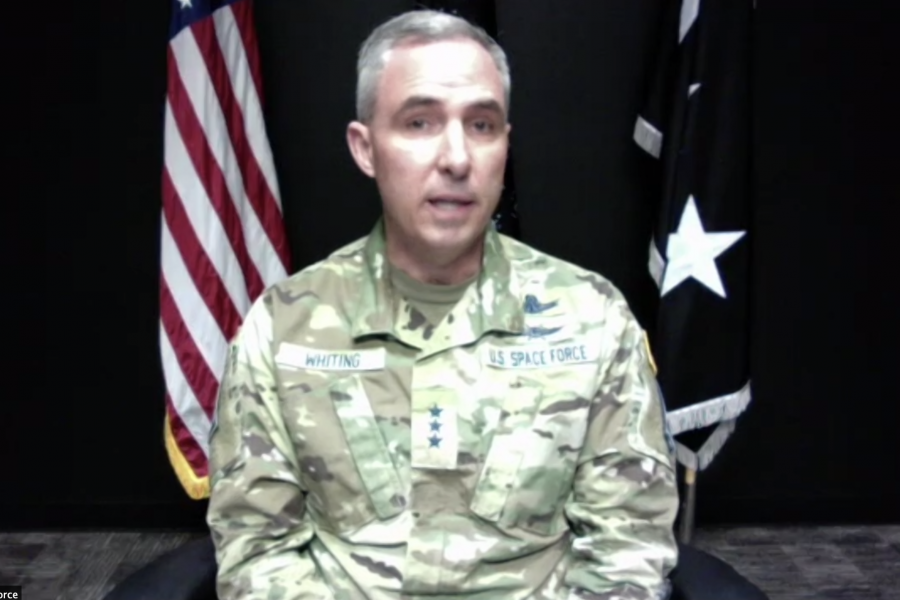 Space Force Commands Working Together to Grow in Year Two

The new boss of the Space Force’s operations branch on Dec. 14 offered a peek into how the organization is working with other parts of the service as they mature.

Space Operations Command (SpOC) formally stood up at a ceremony in October, making it the first Space Force branch to do so. Space Systems Command (SSC), which will oversee hardware and software development, sustainment, and retirement, is slated to be up and running next summer. Space Training and Readiness Command (STARCOM), which will manage the pipeline from new recruits through graduate space education, should launch next year as well.

Space Operations Command boss Lt. Gen. Stephen N. Whiting said each organization is trying to stay linked so each piece of the service understands what the others need as they move forward.

“Even though SSC has not yet stood up, we have a number of touchpoints with them,” Whiting said during an event hosted by the Space Force Association. “[Space and Missile Systems Center boss Lt. Gen. John D. Thompson] leads a group of program executive officers from his organization and other development organizations who support our mission areas in their meetings.”

Over the past several months, SpOC has offered its perspective to SSC through Whiting as well as through an operations working group with members from the Space Force and U.S. Space Command, the joint combatant command that uses assets such as satellites and radars for daily military missions.

Their relationship will particularly evolve as the space enterprise looks to cut the time it takes to put new satellites on orbit, test cutting-edge technologies, and hand more tools to service members who want to code new software on their own rather than relying on defense companies and contracts for upgrades.

“This morning, I took a brief from a young Airman in our enterprise … who taught himself to code. He’s a space operator who went in and wrote a new piece of software that has completely improved part of our mission area, and has freed up 15 percent of the manpower of that squadron to be repurposed from rote tasks into higher-priority tasks that are more warfighting-focused,” Whiting noted. “That’s the kind of innovation that we’re looking to unlock with the digital Space Force effort.”

Space Training and Readiness Delta Provisional, the predecessor to STARCOM, sits under SpOC as it prepares to work on its own, Whiting said. Delta Commander Col. Peter J. Flores participates in SpOC meetings, and the organizational proximity helps officials in the operations and training fields collaborate more smoothly.

Building new training processes and collaboration with the operations realm will be a key aspect of the training organization’s growth over the next several months, Whiting said.

“We really are trying to use more modern technology to provide that three-dimensional visualization of the battlespace,” he added. “Our squadron that’s in the Space Training and Readiness Delta, the 533rd Training Squadron … out at Vandenberg (Air Force Base, Calif.) is doing some really interesting things in that space, to include some virtual reality.”