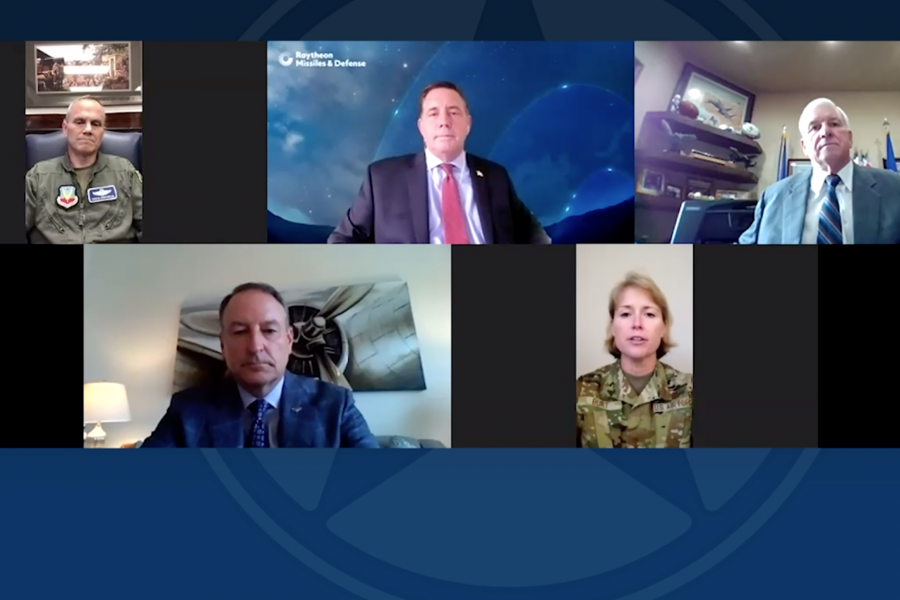 The U.S. Space Force is leveraging what it’s learned at Nellis Air Force Base, Nev., and is using the Air Force model as it works to determine how best to train space professionals going forward, Maj. Gen. DeAnna M. Burt, director of operations and communications for the Space Force, said during a panel discussion as part of AFA’s virtual Air, Space & Cyber Conference.

“We talk about preparing for the future. I think it’s important that folks understand as we stand up the United States Space Force, all of that preparation is really steeped in training and culture, and foundationally, I think everyone understands that warfighting is warfighting. The kinematics and the domain may be different, but how we fight, and the doctrine, and the way we get offense and defense … are no different from one domain to the other,” she said, adding that what is needed to “fight and win” in space is a focus on the threat.

“The threat is king,” she said. “It’s the foundation of everything we do, and it’s going to drive how we do training.”

Maj. Gen. Charles S. Corcoran, commander of the U.S. Air Force Warfare Center, said that for many years, “We’ve designed platforms, we’ve designed widgets, but we didn’t necessarily design in the test and training infrastructure that we needed to, to test the systems, to develop the tactics, and to train appropriately.”

Now, he said, the Warfare Center is trying to make sure the entire Department of the Air Force is thinking about the necessary test and training infrastructure, “as we design the future force.”

“Warfighter focused, warfighter informed, that’s what we’re all about here,” he said, noting that his three priorities are “agile development, test and training infrastructure, and all things command and control.”

Burt was previously the vice commander of the Warfare Center, and she said the Space Force is “learning and leveraging what’s been done at Nellis with the Virtual Test and Training Center.” The force has a Space Flag exercise that is similar to Red Flag, though it is entirely virtual, she said.

Both forces need live, virtual, and constructive training capabilities, Corcoran and Burt said, but Burt noted that LVC and high-end simulators are particularly crucial for the Space Force, since many of the capabilities are brand new.

“I want you to think about on the air side of the business, if I told you I wasn’t going to let a test pilot fly an F-22 until it came off the assembly line, and now that was an F-22, and that was your program of record, and you are not going to be able to change that airframe. And we’re going to fly it as-is,” she said. “That’s really what we’re talking about in space. Once the satellite is launched, the capability is launched. … We don’t get a redo. We don’t get to bring it back.”