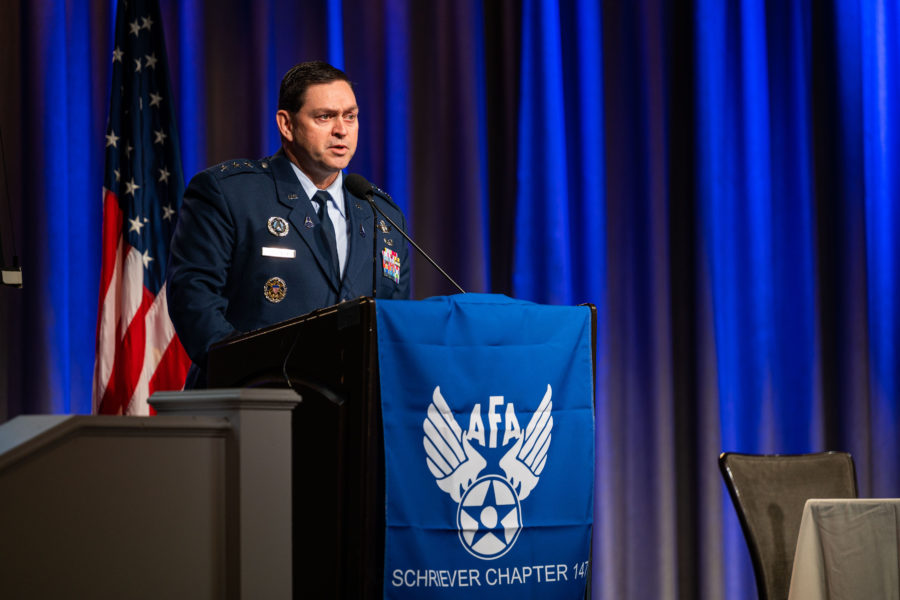 The Space Force has carved out personnel rotations to accommodate advanced training and turned to units for training ideas while envisioning what the service’s operations chief called an “operational test and training infrastructure,” including new space simulators.

With the military’s newfound ability “to talk about space as a warfighting domain, as a contested domain,” the Space Force can get started providing advanced training to Guardians on tactics, such as maneuvering satellites, said Lt. Gen. B. Chance Saltzman, the deputy chief of space operations for operations, cyber, and nuclear, in a Nov. 29 webinar by the Mitchell Institute for Aerospace Studies.

The infrastructure would provide, for the first time, “the ability to have a virtual environment where we can practice our tradecraft, test our tactics against a thinking adversary, and get better and develop over time,” Saltzman said. Current space simulators are “designed to provide procedural currency to efficiently and effectively operate the weapon systems” he added, noting that procedural currency is “necessary but not sufficient.”

Like the Defense Department’s satellites in orbit, the people operating them weren’t “designed for a contested environment,” Saltzman said. “So we have to shift in both areas.”

To carve out time for training, Saltzman said he drew from the Air Force’s Air Expeditionary Wings and Groups model that “preserves some institutional capacity to do advanced training.” By contrast, right now, “we’re all in, 100 percent of the time, to accomplish the services that are currently necessary worldwide.”

In defining the new training requirements, he said the service is “actively working with the units” to define them, not just for space operators but for support personnel, mission planners, engineers, intelligence personnel, and others, “so that they are ready to address a threat in a contested environment.”

Another “critical component” will be the infrastructure—a “modeling and sim environment to validate the tactics: ’Will this work in the domain? Do the physics work?’” Saltzman said. “What we really haven’t had is simulators where our operators can practice tactics in a virtual environment against a thinking adversary. That’s the piece—it’s the range complex; it’s a professional aggressor force—that’s the comprehensive tapestry, if you will, that makes up what an advanced training program requires.”

Saltzman said “tactics” as currently envisioned might include “a combination of maneuver. It’s a combination of taking advantage of the capabilities that are inherent on the spacecraft, whether it’s beam-forming, beam-shaping; whether it’s about denial of a directed-energy weapon to affect our systems by shutting certain systems off and timing and tempo.

“[There are] a number of tactics that we’ve currently developed, and I would project that there are a lot that we have yet to develop,” Saltzman said. “The ability to mitigate a directed-energy threat, if you will—whether it’s [radio frequency] energy, lasers, etc.—sometimes that’s maneuver, sometimes that’s repositioning, and sometimes that’s subsystem operation on the satellite itself to try to mitigate those capabilities.”

During a dynamic time in the space security environment, “I really see it as the birth and the initial evolution of this capability,” Saltzman said.