Skip to content
The Jan. 6 event was the US Space Force's first launch. SpaceX photo via Twitter.
Expand Photo 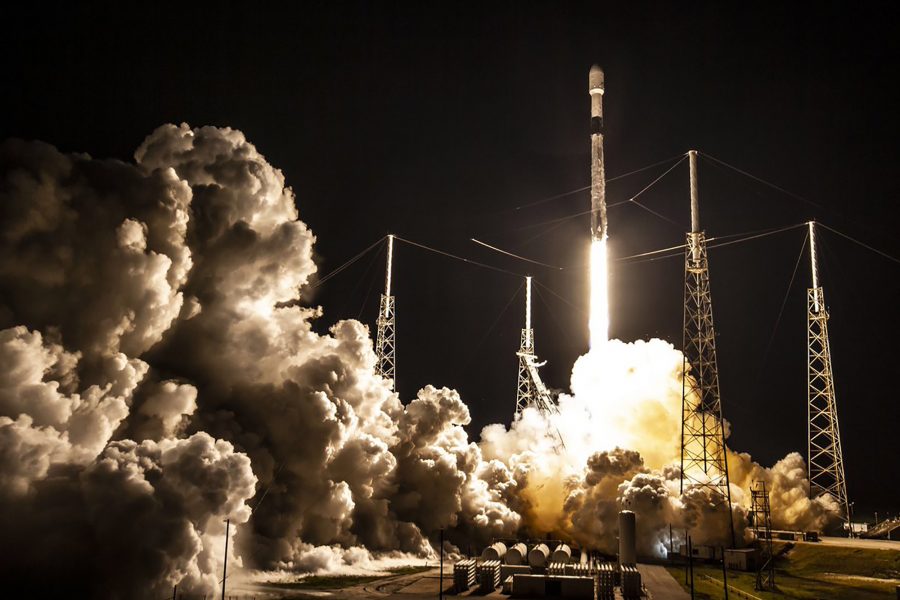 This is the third batch of Starlink satellites sent into space so far, totaling 180 on orbit. SpaceX’s reusable Falcon 9 rocket carried the payloads.

“Starlink will provide fast, reliable internet to locations where access has been unreliable, expensive, or completely unavailable,” the company said. “Throughout flight operations, SpaceX shares high-fidelity tracking data with other satellite operators through the US Air Force’s 18th Space Control Squadron.”

Starlink is also part of the Air Force’s Defense Experimentation Using the Commercial Space Internet, or “Global Lightning,” project. The effort aims to piggyback on commercial industry’s broadband Internet satellites so airmen can communicate faster and more cheaply while airborne.

Over the next few years, the Air Force Research Laboratory plans to put communications terminals on aircraft like the C-12, AC-130, and KC-135 to see how well they share data with satellites and their associated ground stations. USAF is also looking into the possibility of leasing commercial space Internet as a service, rather than buying large amounts of equipment.

SpaceX, which promises to deploy the world’s most advanced broadband Internet system, is a key part of that multi-company experiment.

The company confirmed its satellites had successfully deployed late on Jan. 6. Over the next four months, Starlink satellites will climb from 290 kilometers to 550 kilometers, or about 342 miles, above the Earth to begin regular operations.

Patrick AFB, Fla., managed the launch at Cape Canaveral under the direction of the Space Force, the fledgling sixth military service that began standing up within the Air Force on Dec. 20. Launches are continuing as planned as the Air Force begins reshaping Air Force Space Command into the new armed force.

While the Starlink event was a commercial industry venture that worked with the 45th Space Wing at Patrick, the Space Force has yet to launch a military-owned satellite.

The Air Force Space and Missile Systems Center has 11 National Security Space launches on the docket for 2020, SMC boss Lt. Gen. John Thompson said in December. He expects SMC will end up handling eight to 10 major launches this year, such as the sixth Advanced Extremely High Frequency communications satellite in March, as the schedule is refined.

“In addition to those big national security space launches, we have nine small rocket launches,” Thompson said. “Five of those nine are with new providers that we are looking to see if we can certify for putting smaller payloads in low Earth orbit.”

This story has been corrected to clarify which launches the Air Force Space and Missile Systems Center oversees.