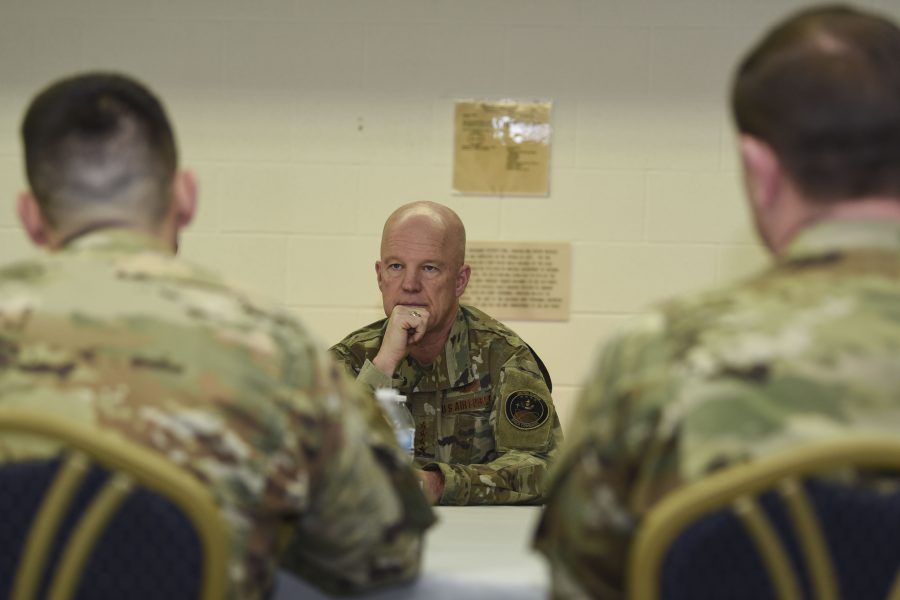 Space stakeholders are moving forward with a new plan for missile defense, warning, and tracking after a Pentagon-wide review meant to align the work of multiple Defense Department agencies.

Space Force Chief of Space Operations Gen. Jay Raymond on May 20 told reporters that officials briefed the high-level Joint Requirements Oversight Council on the findings a few weeks ago, and the JROC approved the bulk of that blueprint.

The idea is to figure out who takes responsibility for the overall missile defense enterprise, decide what overlap works and what doesn’t, and how to buy the various systems. Missile warning and defense includes programs like the Space-Based Infrared System, Next-Generation Overhead Persistent Infrared, Defense Support Program early warning satellites, sensors, and weapons designed to take out incoming missiles.

The Space and Missile Systems Center, Space Development Agency, Missile Defense Agency, and others are part of those talks, and met earlier this year to discuss the way forward.

The plan “looked at how that enterprise fits together, what’s the proper architecture, how do you align that to make key decisions … and how do you resource that, and where can you make enterprise-level trades?” Raymond said.

He suggested their approach will be better coordinated and cheaper than the current missile defense architecture, including the ground segment, but did not say how development plans could shift across the department.

“There will be decision points going forward as we continue to develop those capabilities and we’ll bring those back to the JROC,” Raymond said.

U.S. Space Command, the combatant command also run by Raymond, now has a campaign plan that dictates how the military will carry out daily space operations and related investments. Each combatant command has a similar document. Raymond signed SPACECOM’s version within the past week.

The plan puts greater emphasis on “preparing for, defending against, and deterring threats” as the military begins to view space as a potential combat area, according to the command. It has been in the works since SPACECOM was created last August.

“The deliberate shift demonstrates the escalating threat posed by adversaries who have transformed space from a benign environment to a competitive domain and ensures the command is able to prevail in conflict should deterrence fail,” SPACECOM said in a release.

Key efforts to mature SPACECOM under the campaign plan include defending U.S. space assets in orbit and on the ground; offering uninterrupted navigation, communications, and other space-enabled capabilities to troops around the world; building military space partnerships and alliances; ensuring the military is ready to respond to space-related threats; and educating space personnel.

Raymond also noted that a space acquisition report that was due to Congress at the end of March will be submitted within days. He did not say what has held up the report for nearly two months. A strategic plan for human capital is due to lawmakers next month as well.