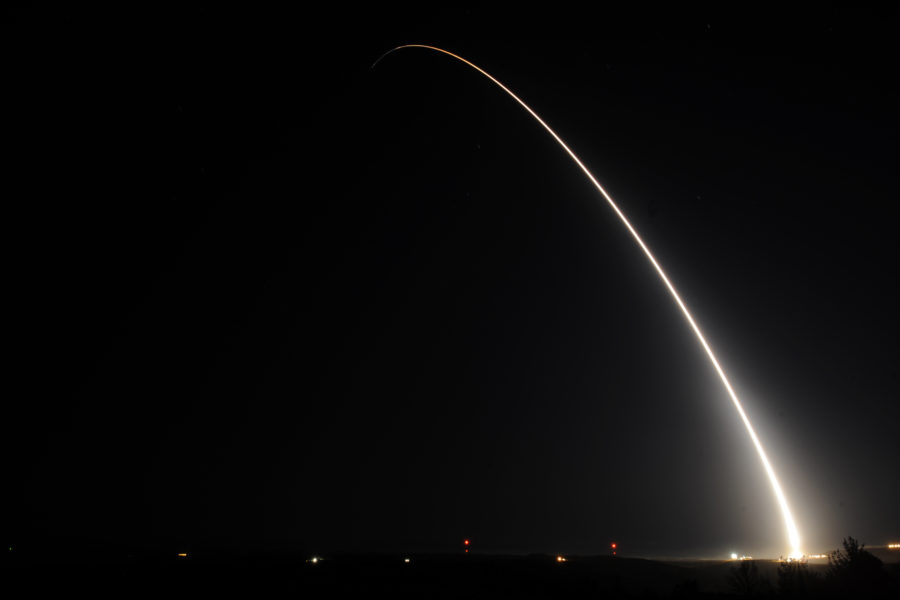 War in space will take on aspects of the Cold War in the future, as space powers vie for supremacy but seek to avoid the kind of kinetic warfare that could wipe out satellite constellations and undermine global activity on Earth.

Two officials with the Air Force Research Laboratory shared their vision during the Defense One Tech Summit on June 22: Col. Eric J. Felt, director of AFRL’s Space Vehicles Directorate, and Kelly D. Hammett, director of its Directed Energy Directorate. The two described a future where deterrence and “unattributable” attacks are the norm, much like the cat-and-mouse days of the Cold War when the United States and Soviet Union competed but simultaneously sought to avoid all-out nuclear war.

Sharing their views on America’s “Next Steps in Space,” they also described the evolving need to be able to monitor activity in the region between today’s satellites and the moon, also called cisluanar space.

“Space war is going to look a lot like the Cold War in a couple of different ways: First of all, we hope nobody’s actually exchanging destructive weapons with each other and that we don’t just hope, but we take active actions to deter that from happening,” Felt said. “The nature of conflict in space is that there is an offensive advantage, or a first-mover advantage, in that it is a lot easier to attack somebody else than to defend your own stuff. And we’ve seen that before—that’s the same as with … nuclear weapons.”

Just as nuclear arms were critical to avoiding nuclear war, with deterrence the primary objective, the key to avoiding destructive consequences in space will be “making sure that you can win in that kind of battle space,” Felt suggested. That’s why he continues to study the Cold War “and how we avoided destructive—very destructive—conflict with our adversaries” during those 50 years.

Deterrence requires a certain amount of openness. “It’s important for your adversary to know a lot about what your capabilities are,” Felt said, because doing so ensures the opponent knows the risk of launching an attack. “Whereas if you keep everything secret, they might think that they can take a gamble and win with a first strike,” he said.

How space warfare might be fought could also draw from the Cold War playbook, where spycraft and unattributable actions were more common than direct kinetic attacks. Past anti-satellite tests by China and India made clear the risks posed to other spacecraft when exploded space junk joins satellites in orbit.

Instead of kinetic attacks, electronic warfare and cyber are likely means of attack, Hammett said. “Those are the types of things the adversaries are likely to use because you can’t point to [it; it’s not] a missile that everybody watched traverse and hit something.”

Competition in space will also extend beyond conventional orbital ranges of low-Earth orbit and geosynchronous orbits, the AFRL directors said. “There’s a large volume of space between the GEO belt and the moon—a thousand times the area that’s in the GEO belt and below,” Felt said. The Space Force needs to understand that region to maintain space domain awareness, or “what’s going on out there,” he said.

AFRL had already recognized cislunar space as a target for monitoring because of “Chinese activity in Chang’e 5 going to the moon, as one example, [and] lots of commercial activity planned for above GEO,” Felt said. When the Space Force asked for help, Felt said the challenges began to multiply. “There’s a lot of technical challenges, such as, you know, the orbits are not simple circles when you have the gravity of the moon there—the gravity of the moon being important.”

“If you look at the National Space Strategy that was signed by the Trump administration in December … it actually commits us—commits the Space Force and the Department of Defense—to … monitoring what’s going on out there,” Hammett said. “And if somebody is a bad actor in the international realm: to monitor, detect, and respond.”