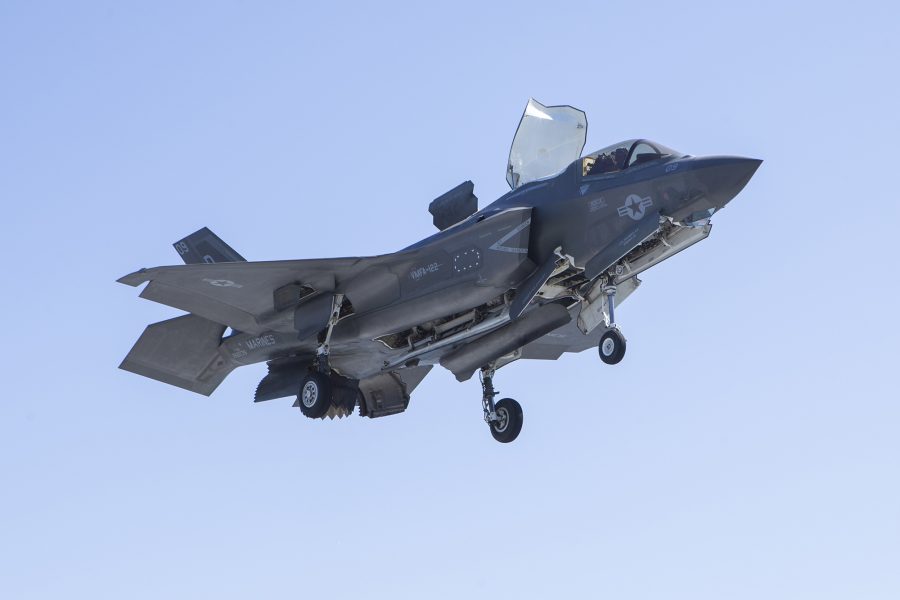 The State Department on Jan. 9 approved the possible sale of 12 F-35Bs to Singapore at a cost of about $2.75 billion.

The Defense Security Cooperation Agency notified Congress of the possible sale, which is subject to approval on Capitol Hill. The sale would include up to 12—four initially, with an option of eight—of the aircraft and 13 F135 engines, along with electronic warfare systems, the Autonomic Logistics Information System, training systems, software development, personnel training, among others. Prime contractors on the sale are Lockheed Martin and Pratt & Whitney.

“This proposed sale will support the foreign policy and national security objectives of the United States,” DSCA said in a statement. “Singapore is a strategic friend and Major Security Cooperation Partner and an important force for political stability and economic progress in the Asia-Pacific region.”

The country has long been expected to purchase the aircraft, with Lockheed Martin recently saying the purchase would help offset the loss of sales to Turkey, which was kicked out of the program last year when it insisted on buying the Russian-made S400 integrated air defense system.

If approved, Singapore would join Australia, South Korea, and Japan as operators of the jet in the Pacific region. The country already flies the US-made F-15SGs and F-16s. Singapore’s airmen and aircraft operate alongside USAF personnel and jets while training at Mountain Home AFB, Idaho, and at Luke AFB, Ariz.