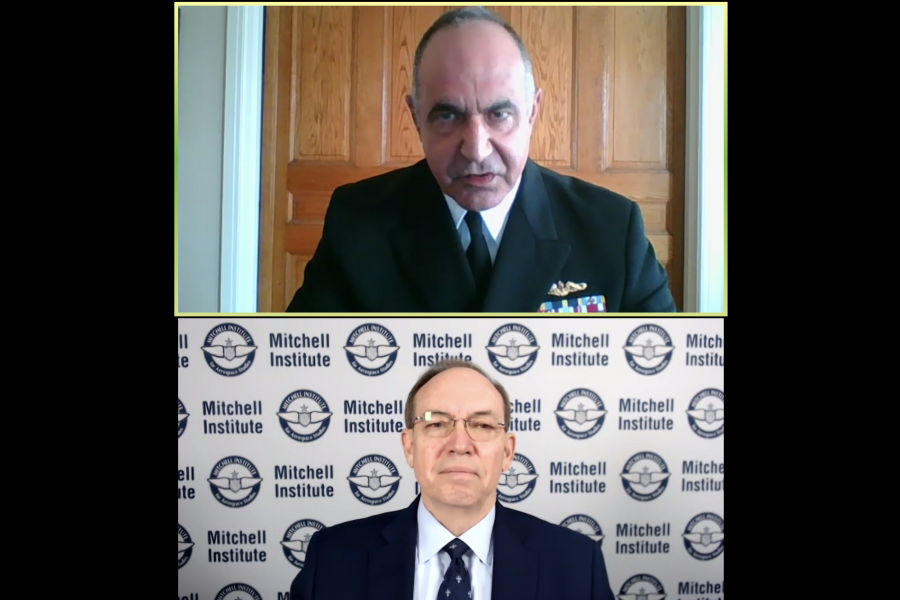 Given Russia’s vast improvements to its defense posture over the last two decades and the fact that China is on a track to become a strategic peer to the United States by the end of the decade, the Defense Department needs rethink its deterrence strategy, U.S. Strategic Command boss Adm. Charles A. “Chas” Richard said.

Russia has spent the last 15-plus years modernizing every element of its force, including command and control, warning, doctrine, exercises, and readiness. The changes are about 70 percent complete, and they have made an “across the board, step change” in the country’s ability to threaten the U.S., Richard said.

In addition, China has very rapidly made what he called a “breathtaking expansion” of its military capabilities. Richard noted that China did not even decide it wanted a Coast Guard until 2013, and today it already has acquired a 255-ship fleet, calling it a “perfect instrument” to operate in “competition below the threshold of armed conflict.”

Next on China’s to-do list: bolstering its nuclear, strategic capabilities. Richard said the country is about to finish building out a nuclear triad, adding a strategic air capability. It’s also invested in new road-mobile and solo-based capabilities, command and control, and missile warning.

“It has been near stunning,” Richard said, adding, “They always go faster than we do … and while they espouse a minimum deterrence strategy, they have a number of capabilities that seem inconsistent with that.”

As far as U.S. deterrence is concerned, Richard said the fundamentals have not changed. The objective is still to impose a cost greater than what the competitor might gain. However, “the dynamics associated with the use, or potential use, of force” are changing, “and we’re working very hard to understand that,” he said.

Richard said the U.S. potentially could find itself facing two very different peer-capable nuclear competitors in the not-so-distant future, which would require two different methods of deterrence. The command is looking at how best to incorporate space and cyber into its deterrence arsenal as well as what might constitute a strategic attack in those domains.

“We have never faced that situation before. We’re working very hard at STRATCOM, along with the broader Joint Force, to understand that,” Richard said. However, he emphasized that what the U.S. does strategically is influenced by what it does conventionally, all the way down to what he called the “gray zone,” the area below the threshold of armed conflict.

“It is not linear. The idea that there is a ladder here, I think is flawed. It is nonlinear. There are discontinuities, and there are points, where a competitor’s decision calculus may flip very rapidly on you, based on events, particularly inside a crisis,” he said. “We’re working to understand that and to be able to have a shared vision of it inside the Joint Force.”