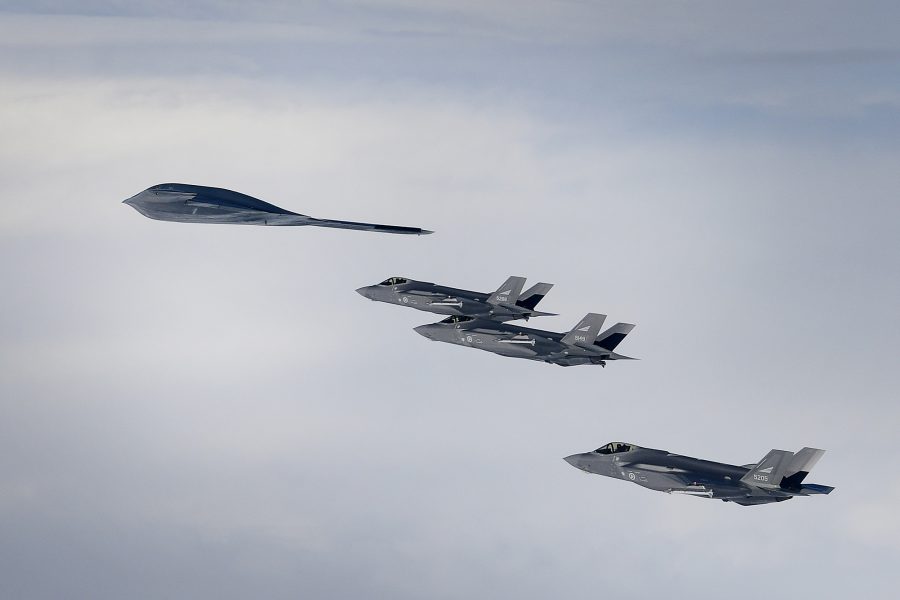 The nation’s nuclear triad is working to get ahead of the new coronavirus outbreak by placing key personnel in “protective self-quarantines.” U.S. Strategic Command also is prescreening Airmen and depending on long-established redundancies in a community designed to operate independently, the head of U.S. Strategic Command said.

So far, no personnel at STRATCOM headquarters or at service-level commands have tested positive for COVID-19, the disease caused by the new coronavirus, command boss Adm. Charles Richard told reporters March 17.  The impact of the virus has so far been “minimal.”

This is because the nuclear forces are designed to be able to operate cut off from the rest of the world. For example, Air Force missileers hold alert shifts in hardened bunkers in remote areas and submarines spend months at sea in undisclosed areas. “My organization is designed to be able to operate isolated for long periods of time,” Richard said.

He would not go into specifics about how personnel, such as missileers or bomber pilots, are protecting themselves from the outbreak.

At the headquarters level, at Offutt Air Force Base, Neb., the command has followed the model that has taken shape at the Pentagon and in much of corporate America as the outbreak has continued. There have been more virtual teleconference meetings as opposed to face to face, a move Richard said he is excited about.

The technological communications capabilities available to his command could be used for “more efficient ways of accomplishing our business,” he said.

Within the Air Force Global Strike Command, under the direction of STRATCOM, aircraft have remained busy. USAF B-2 bombers on March 17 flew alongside Norwegian F-35s and F-15s from RAF Lakenheath, England, for an Icelandic Air Policing mission, according to a U.S. Air Forces in Europe release. The B-2s are in Europe for a Bomber Task Force deployment.