Skip to content
U.S. Strategic Command boss Navy Adm. Charles A. "Chas" Richard provides an update on the command's mission and readiness during the COVID-19 pandemic at the Pentagon on Sept. 14, 2020. Defense Department photo by Lisa Ferdinando.
Expand Photo 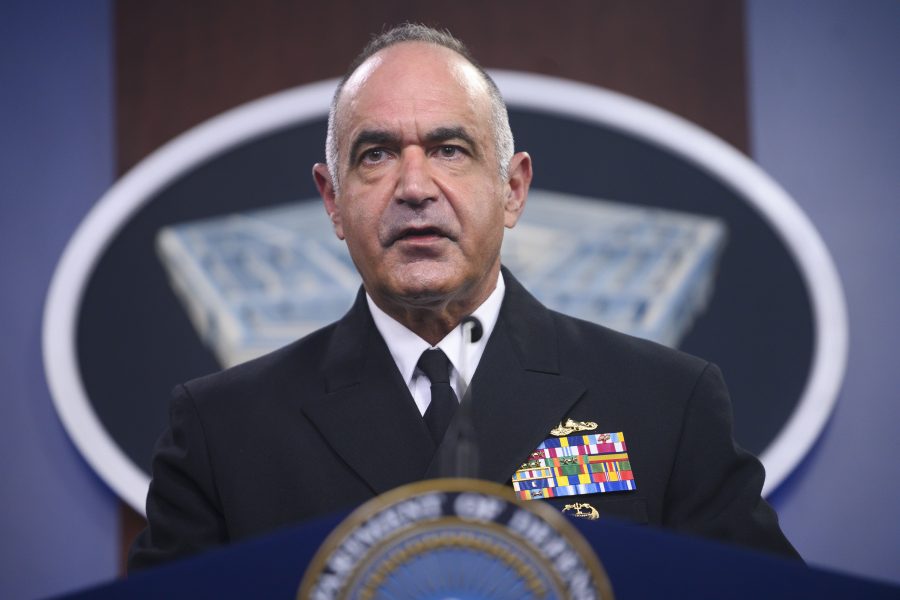 While the combatant command in charge of the nation’s nukes welcomes a new review of nuclear policy and a reimagining of strategy, the head of U.S. Strategic Command warned Jan. 5 that one area that could face cuts under a new administration needs to proceed as planned.

Experts have said the Air Force’s Ground Based Strategic Deterrent effort, the massive program to replace the Minuteman III missile and its command and control systems, could come under the knife as President-elect Joseph R. Biden comes into the White House and looks to find savings in the Defense Department budget. STRATCOM boss Adm. Charles A. “Chas” Richard said that though the Air Force has done “revolutionary things” in modernizing the 60-year-old Minuteman III, the missile is simply too old to extend and needs to be replaced.

“Let me be very clear: You cannot life-extend Minuteman III, alright? It is getting past the point of it’s not cost effective to life-extend Minuteman III. You’re quickly getting to the point [where] you can’t do it at all,” Richard told reporters in a virtual briefing. “… That thing is so old, in some cases, the drawings don’t exist anymore, or where we have drawings, they’re like six generations behind the industry standard.”

GBSD is being designed to face different threats than the Minuteman III system. The biggest issue is “cyber resilience,” with a modern defendable command and control system. “Just to pace the cyber threat alone, GBSD is a necessary step forward,” Richard added.

“This nation has never before had to face the prospect of two peer nuclear-capable adversaries who have to be deterred differently, and actions done to deter one have an impact on the other,” Richard said. “This is way more complicated than it used to be. This is an example of the capability we’re going to [need] to address threats like that.”

The Air Force in September announced Northrop Grumman is the sole company remaining to design the GBSD, with the award of a $13.3 billion contract. The service expects to spend about $22 billion on research and development of the program, though a Pentagon assessment estimated the cost would be at least $85 billion with the total life cycle cost reaching up to $263 billion, as the missiles are expected to last into the 2070s. The system is expected to come online in 2029 at the earliest.

The cost of the program and other nuclear modernization was a point of contention in the fiscal 2021 defense budget battle, with Democrats trying to shrink funding. The incoming Biden administration is expected to examine the costs.

Richard said he has already had meetings with the Biden transition team—the seventh transition he has seen in his time in uniform—and there will be more in the near future. He said he welcomes an “examination of the nation’s strategy” on nuclear weapons, including a review of the 2018 Nuclear Posture Review. That review is already dated because “the threat is moving so fast, … even given the time of the last NPR warrants another look at it to make sure we still endorse our strategy and have the sufficient capability to execute that strategy.”

He said the NPR is too “narrowly defined” and separated from other similar documents, such as the Missile Defense Review, a space review, and a cyber review. These studies should be combined for a “broader-based strategic review as opposed to parsing it out in pieces.”

Any change to the nation’s nuclear capability, including a reduction in GBSD, “basically is going to drive you to reimagine your strategy,” Richard said. His job will be to go back and “report what I can and I can’t do, and I’m fully prepared to do that,” he added.