Skip to content
Before he became a U.S. Capitol Police Officer, Brian D. Sicknick—shown here in a 1997 Basic Military Training portrait—served as a member of the Air National Guard. Photo courtesy of the New Jersey National Guard.
Expand Photo 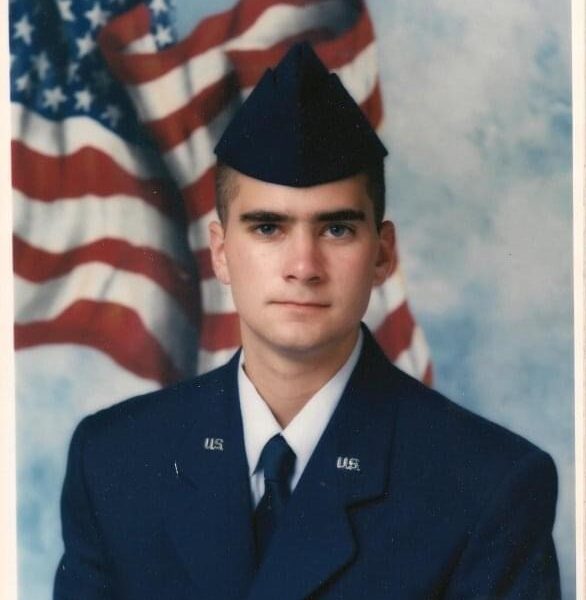 A Michigan Congresswoman asked the Defense Department to allow Brian D. Sicknick, a Capitol Police Officer and New Jersey Air National Guard veteran who was killed in the Jan. 6 attack on the U.S. Capitol building, to be buried at Arlington National Cemetery.

Rep. Elissa Slotkin (D-Mich.) said she reached out to Chairman of the Joint Chiefs of Staff Gen. Mark A. Milley, Army Secretary Ryan D. McCarthy, and Air Force Chief of Staff Gen. Charles Q. Brown Jr. on Jan. 9 to ask that Sicknick be buried at Arlington National Cemetery and receive “posthumous special honors” for giving his life in service of his country.

“This week, Officer Sicknick gave his life in service to the same oath he took as an Airman: to protect and defend the Constitution of the United States,” Slotkin wrote in a letter to the leaders, a copy of which she posted to Twitter. “He paid the ultimate price in fulfilling his oath. I urge you to take the necessary steps to give Officer Sicknick and his family the honor they deserve.”

Task & Purpose reports that McCarthy is in favor of the proposed move.

Also on Jan. 9, officer Lindsey Taylor, a colleague of Sicknick’s, launched a GoFundMe fundraiser to benefit Sicknick’s family, with their blessing.

By press time, the endeavor—which initially set out to generate $250,000 to be used by the Sicknicks “in whatever way the family needs”—had raised more than half a million dollars contributed by nearly 13,000 donors.

“As a sign of respect for the service and sacrifice of United States Capitol Police Officers Brian D. Sicknick and Howard Liebengood, and all Capitol Police Officers and law enforcement across this great Nation,” Trump ordered flags be flown at half staff, the proclamation states. “I also direct that the flag shall be flown at half-staff for the same length of time at all United States embassies, legations, consular offices, and other facilities abroad, including all military facilities and naval vessels and stations.”

“The New Jersey Air National Guard mourns the loss of our former Airman, Staff Sgt. Brian D. Sicknick,” wrote NJNG spokesperson Army Lt. Col. Barbara G. Brown in a Jan. 9 statement to Air Force Magazine. “When a tragedy like this occurs, every member of the Air National Guard feels it.  We share in the sorrow felt by Staff Sgt. Sicknick’s loved ones and will not forget the valuable contribution he made to his country and the impact he has left on our organization.”