Skip to content
A T-6 Texan II flies in a dissimilar formation of aircraft from Columbus Air Force Base, Miss., over Starkville, Miss., on May 9, 2020. Air Force photo by Senior Airman Keith Holcomb.
Expand Photo 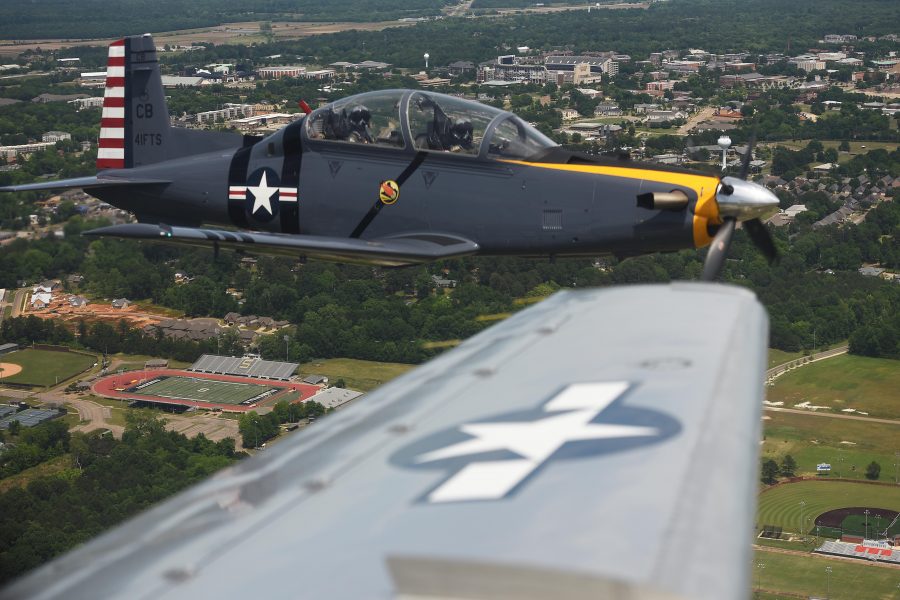 However, the rate of these events—defined as the number of incidents per 100,000 flying hours—within the T-6A fleet increased slightly over fiscal 2019.

And while the T-6A fleet generally saw three or fewer physiological episodes per month in fiscal 2020, the data showed event spikes in November 2019 (six events) and April 2020 (seven events).

The Air Force recently made progress on its quest to determine the cause of hypoxia-like events in its T-6A fleet—including ruling out contaminated air as the culprit and putting a greater focus on the potential role of rapid fluctuations in in-flight oxygen levels—but the puzzle has yet to be solved.

How Other Fleets Fared in Fiscal 2020

While the Air Force didn’t provide other fleet-specific physiological episode totals for fiscal 2020, the Air Force Safety Center data showed that the rates observed in the F-22A, F-15C/D, and F-16C/D all decreased from fiscal 2019.

The service’s F-22A and F-15C/D fleets saw the most dramatic drops from fiscal 2019, with the F-22A fleet’s rate of physiological episodes decreasing by nearly 75 percent and the F-15C/D fleet’s rate down about 65 percent.

However, the Air Force’s A-10C and F-35A fleets saw their rates of hypoxia-like events rise in fiscal 2020, the data showed.

The Thunderbolt fleet saw an approximately 59 percent uptick in its physiological episode rate over fiscal 2019, while the F-35A fleet saw an increase of about 46 percent.

An Air Force investigation published Sept. 30 found that an onboard oxygen issue contributed to an F-35A crash at Eglin Air Force Base, Fla., on May 19.

Editor’s Note: This story was updated on Dec. 10 at 6:12 p.m. EST to include new information from the Air Force.