Skip to content
Effective June 15, 2020, James Taiclet (left) will serve as Lockheed Martin's newest president and CEO, and Marillyn Hewson (right) will become executive chairman of the board (pending her re-election to the board later this year). Lockheed Martin courtesy photos.
Expand Photo 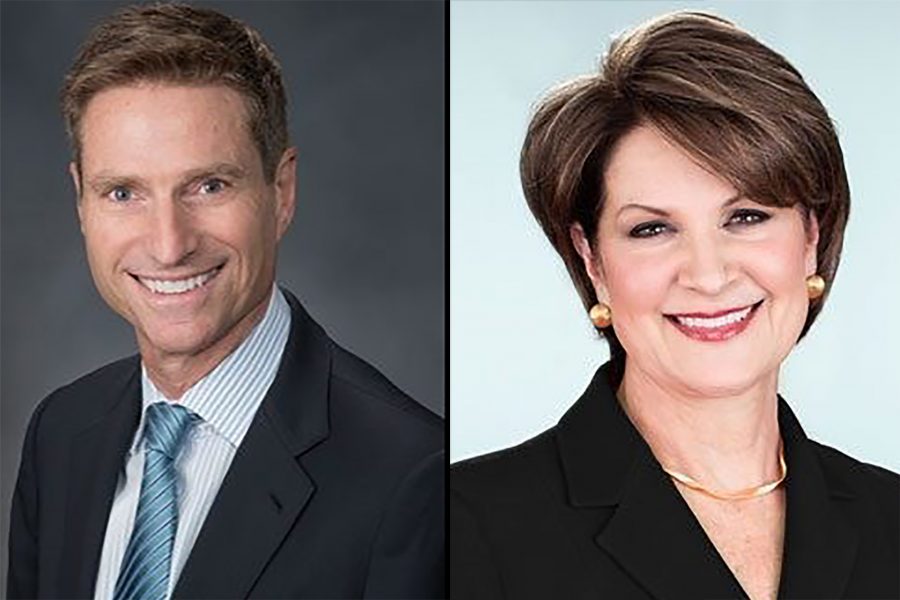 Marillyn Hewson, who has been Lockheed Martin’s top leader for the last seven years, is stepping down as president and chief executive officer, the company announced March 16. Air Force veteran and pilot James Taiclet, a member of Lockheed’s board, will become president and CEO effective June 15.

Hewson, 66, will remain on the board as executive chairman, subject to a board election in June. Frank St. John will become the chief operating officer of the company.

Hewson steered Lockheed through tough times with the F-35 fighter, presided over the acquisition of Sikorsky helicopters, and Lockheed’s emergence as the biggest player in hypersonic missile development, substantially broadening the company’s already wide-ranging aerospace footprint. During her tenure, Hewson presided over stock buybacks and substantial business growth, creating a $114 billion backlog. Lockheed’s stock rose from about $100 a share when she became the top officer to about $300 a share in March, though it was up to $437 per share in February, before the coronavirus downturn.

Taiclet, 59, will continue to serve on Lockheed’s board, of which he has been a member since 2018. He has not previously worked at Lockheed, but previously ran American Tower Corporation, which makes cellphone towers, as president and CEO since 2003. During his tenure there ATC’s market capitalization grew from $2 billion to $100 billion, and expanded from a U.S.-only company to an international enterprise with assets and operations in 19 countries, according to a Lockheed press release. Before ATC, Taiclet was president of Honeywell Aerospace service, a division of Honeywell International, and previously was head of Pratt & Whitney’s engine services unit. He was also a consultant at McKinsey & Company on telecom and aerospace operations.

Taiclet is a graduate of the U.S. Air Force Academy with degrees in engineering and international relations, and he served on Active duty as a pilot. He received a master’s from Princeton University in public affairs and was a fellow at the Woodrow Wilson School there.

Lockheed also announced that Frank St. John, 53, currently executive vice president of Rotary and Mission Systems, will become Chief Operating Officer of the company. In that capacity, he will oversee all four business areas: Aeronautics; Rotary and Missions Systems; Space; and Missiles and Fire Control—“the entire portfolio of products and capabilities, totaling almost $60 billion in sales,” the company said in a statement. He has previously headed the Missiles and Fire Control unit and shepherded the JASSM stealth missile and Sniper targeting pod products into profit centers for the company. He has been with Lockheed for more than 30 years.