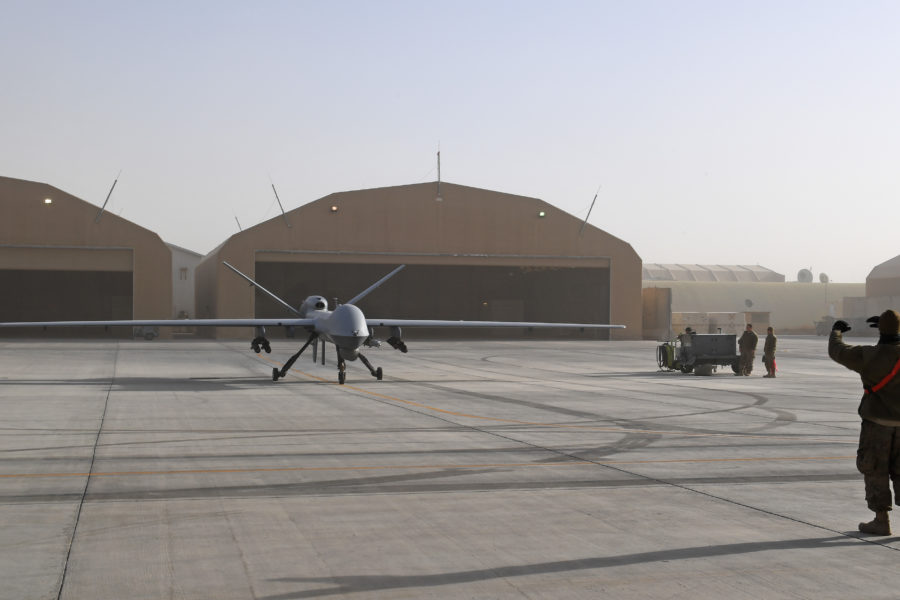 The Taliban targeted Kandahar Airfield, Afghanistan, with rockets on April 7, and though no casualties were reported, the Pentagon said the attack is a threat to fragile peace discussions in the country.

Preliminary reports showed the rockets landed outside the perimeter of the airfield, with no casualties and no damage, Pentagon spokesman John F. Kirby said. Kandahar has served as a key airfield for U.S. forces and has been the headquarters of Train, Advise, Assist Command-South, with American and NATO forces based on the installation.

“We always have the right of self-defense for our troops, but our focus right now is on supporting a diplomatic process here to try to bring this war to a negotiated end with an enduring peace,” Kirby said.

The Taliban claimed responsibility for the attack, which comes less than a month before the deadline for U.S. forces to completely withdraw from Afghanistan.

President Joe Biden has repeatedly said it would be difficult to meet the May 1 deadline, and that the U.S. is in discussions with allies about the timeline. White House spokeswoman Jen Psaki said April 6 that Biden’s view has “consistently” been to end the war in Afghanistan.

“That should hopefully give people confidence about his commitments,” she said. “But it’s also an important decision—one he needs to make in close consultation with our allies and also with our national security team here in this administration. And we want to give him the time to do that.”

Kirby said the U.S. military needs to do a fuller assessment of “what happened and why, before any potential operational decision is made” to respond.

Kandahar has hosted scores of USAF aircraft, including A-10s, E-11s, F-16s, KC-135s, C-130s, and MQ-9s, among others. However, since the U.S.-Taliban agreement in February 2020, Air Forces Central Command and U.S. Forces-Afghanistan have not provided details on the presence at the airfield. Airfield operations are controlled by Afghanistan.