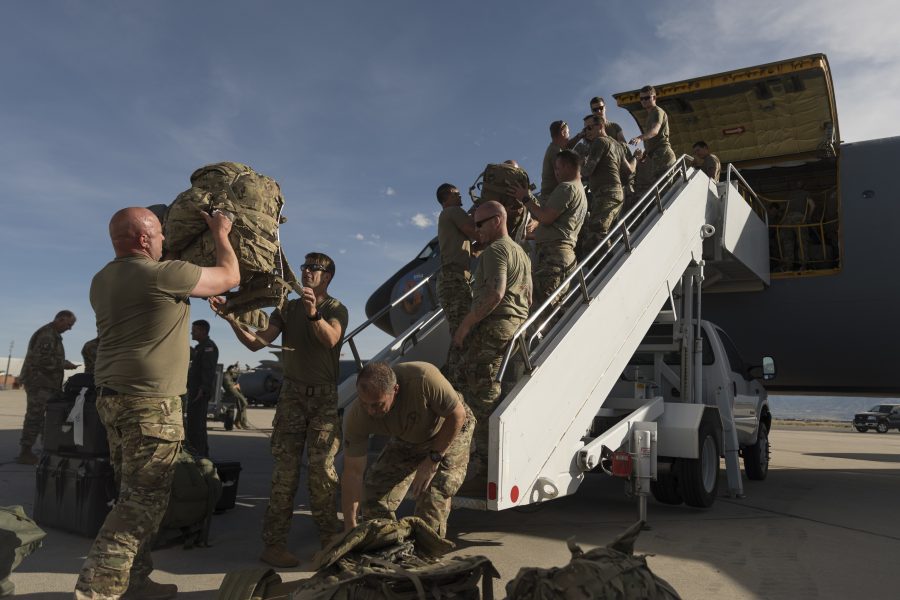 Thousands of National Guard troops from 10 states are patrolling the streets in, or will soon deploy to, Washington, D.C., alongside local and federal law enforcement amid ongoing civil unrest in the city, the National Guard Bureau said June 4.

Most of the 3,300 outside troops are part of the Army National Guard, District of Columbia National Guard spokesperson Senior Master Sgt. Craig Clapper said. Florida, Indiana, Maryland, Missouri, Mississippi, New Jersey, Ohio, South Carolina, Tennessee, and Utah are deploying Guardsmen to the nation’s capital so far. About 1,200 DCNG troops are deployed as well, according to the National Guard Bureau.

The Tennessee and Pennsylvania contingents include Air Guardsmen, Clapper confirmed. The Guard declined to say how many Airmen are part of the response.

Nationwide, more than 32,400 Guard personnel from 32 states and the District were activated as of the morning of June 4, according to the National Guard Bureau. That number includes more than 2,400 Air Guardsmen, bureau spokesman Wayne Hall told Air Force Magazine.

Thousands of protestors have gathered in D.C. to speak out about police brutality and systemic racism, spurred by the death of George Floyd, a black man who died last month in police custody after asphyxiation by a white officer. The demonstrations have grown more peaceful over the course of the week.

The District’s Air National Guard was activated for the response. All of its personnel, except for its aerospace control alert Airmen based at Andrews Air Force Base, Md., are currently mobilized within D.C., Clapper said.

Clapper said no D.C. Air National Guard aircraft are supporting local operations, though others have challenged that. Sen. Chris Murphy (D-Conn.) on June 4 questioned why a flight tracker website appeared to show a RC-26 reconnaissance aircraft flown by Air Guardsmen circling the capital.

“First time I can find that this aircraft, normally used for war zones/disasters/narcotics, has been used to gather intel at a protest,” Murphy said on Twitter. “Very troubling. I have questions.”

D.C.’s Army National Guard is flying aircraft in the area, Clapper said. Its helicopters caught flak earlier this week after swooping low over downtown Washington to get protesters to disperse.

On June 3, the D.C. National Guard announced it will investigate “June 1 low-flying manuevers by its helicopters to ensure all involved complied with applicable procedures and safety regulations.”

“As part of the investigation, the DCNG is looking into the use of the medical evacuation helicopter as part of the Joint Task Force DC operation,” a DCNG release stated. The Associated Press reported June 2 that military aircraft over D.C. were acting under President Donald Trump’s orders in a “show of force” mission named Operation Themis.

Defense Secretary Mark Esper told reporters June 3 he directed Army Secretary Ryan McCarthy to investigate the situation as well, noting that the aircraft involved wasn’t identified as a National Guard helicopter until the afternoon of June 2.

“Within an hour or so of learning of this, I directed the secretary of the Army to conduct an inquiry to determine what happened and why, and to report back to me,” he said.

Esper, a former Guardsman, expressed support for the National Guard as a force to augment other law enforcement agencies.

“I’ve always believed—and continue to believe—that the National Guard is best suited for performing domestic support to civil authorities in these situations, in support of local law enforcement,” he said in the NGB release.