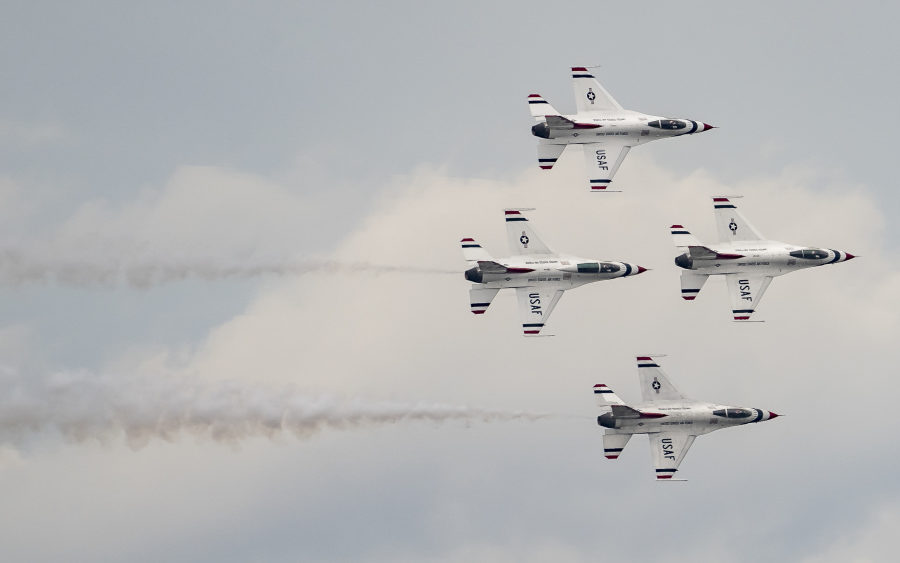 The Thunderbirds will kick off their 2021 season on April 17, debuting an overhauled aerial performance routine following a 2020 air show season largely canceled because of the COVID-19 pandemic.

The U.S. Air Force Demonstration Team will debut the new routine at the Cocoa Beach Air Show in Florida April 17-18, the first of more than 20 scheduled air shows on the calendar.

Without a full season last year, the team focused on “enhancing” both aerial and on-the-ground demonstrations, according to a release, the first major update to the routine since 1983, when it began flying the F-16.

“We are very excited about the changes we have made,” said Col. John Caldwell, Thunderbirds commander and leader, in the release. “One of our main goals was to take a look at our show sequence and enhance the design with the crowd experience in mind.”

The new demonstration includes reordering regular maneuvers and adding two new ones: the “Low Bomb Burst with hit,” which will be flown in every show, and the “Stinger Cross Break,” which will be flown in six-ship low and flat shows and five-ship shows, according to the release. The intent is “on increasing crowd excitement” and “tapping into the emotions of onlookers,” the team said.

On the ground, maintainers have a new choreographed “drill-style” performance to start the demonstration.

“We looked at how to get the aircraft out, taxied, and airborne in a more efficient manner, so the crowd can enjoy both the ground show performance and the aerial demonstration,” said Capt. Mike Bell, Thunderbirds Maintenance officer, in the release. “We shortened the number of steps to launch the F-16s and replaced verbal communication with hand signals.”

The new show has been shortened from 90 minutes to 50 minutes, with new music and narration.

“The best action is going to be right there on the show line,” Caldwell said in the release. “The crowd will feel the thunder in their chest by hearing the jets roar, seeing the speed, seeing the motion, and seeing the precision of our team while flying 18 inches apart, and [that will] project the power, pride, and professionalism of the U.S. Air Force to the American public.”

Video of the Cocoa Beach show will be available here.