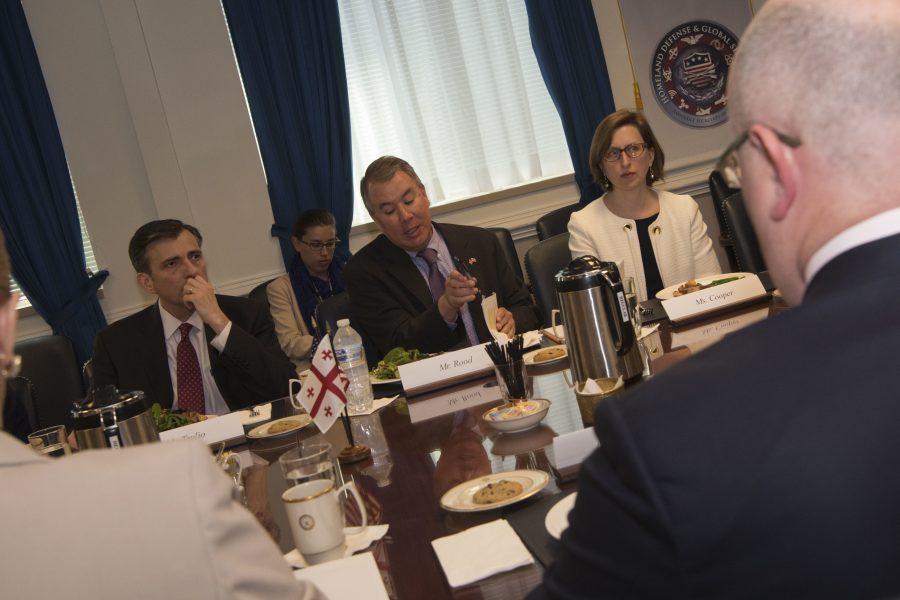 “It is my understanding from [Defense Secretary Mark] Esper that you requested my resignation from serving as undersecretary of defense for policy,” Rood wrote in a Feb. 19 letter to Trump obtained by reporters. “Senior administration officials appointed by the President serve at the pleasure of the President, and therefore, as you have requested, I am providing my resignation effective Feb. 28, 2020.”

Trump thanked Rood for his service to the country on Twitter the same day.

Rood was first nominated for the position in October 2017, and began serving in January 2018 under former Defense Secretary Jim Mattis. In his letter, Rood wrote he is “grateful for the opportunity to serve with the many talented and devoted professionals in the military and civilian ranks of the Defense Department.”

He highlighted accomplishments ranging from the creation of the National Defense Strategy and Nuclear Posture Review in 2018 and the 2019 Missile Defense Review, the department’s pivot to focus on China, work to build a Space Force and a new space strategy, the development of both the Missile Defense Review and Nuclear Posture Review, among others.

In a statement, Esper thanked Rood for his service to the Pentagon. James Anderson, the current senior official performing the duties of the deputy undersecretary of defense for policy, will take over the role until Rood’s permanent replacement is appointed and confirmed.