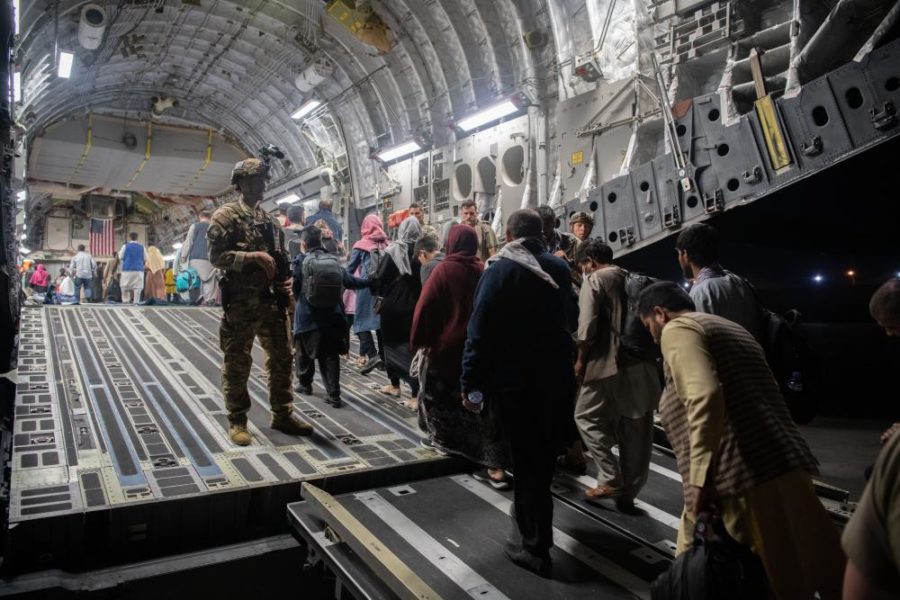 The airlift of U.S. citizens and Afghan evacuees out of Kabul has become a “monumental logistics effort,” and “all mobility resources are focused” on the mission, with well more than 200 air mobility aircraft taking part, the head of U.S. Transportation Command said Aug. 23.

Those aircrews are pushing the limits and flying to the point of exhaustion, though they are still focused on getting as many people as possible out of Taliban-controlled Afghanistan, U.S. Army Gen. Stephen R. Lyons told reporters.

“When I say we’re all in, I mean to meet the President’s and Secretary’s directive to ensure that every evacuee that is cleared to move can move, and our crews are absolutely incredible,” Lyons said. “I won’t lie to you, they’re tired. They’re probably exhausted in some cases. I know that the leaders from time to time are pulling crews to make sure we don’t have any safety issues, but they are motivated, they are fired up, and they are committed to complete this mission.”

Within a 24-hour span ending early Aug. 23, 25 C-17s, three C-130s, and 61 chartered and commercial aircraft had flown out of Kabul, carrying about 16,000 passengers, 11,000 of whom were on U.S. military aircraft. This is the largest single-day airlift total since the operation began on Aug. 14. Overall, about 37,000 people have been evacuated from Afghanistan since then. Civil Reserve Air Fleet aircraft also are carrying evacuees from staging bases outside of Kabul to the United States.

More bases across the globe have begun to take in the evacuees on a temporary basis, where they are screened and processed before heading to the United States. Four bases in the U.S. now are accepting the evacuees: Fort Bliss, Texas, Fort McCoy, Wisc.; Fort Lee, Va.; and Joint Base McGuire-Dix-Lakehurst, N.J.

Lyons said, “initial elements were airborne in less than three hours.” Since then, the number of aircraft and aircrews have increased exponentially and are operating as fast as possible.

“We’ve got a number of planes in the system, but we have twice as many crews,” Lyons said. “And the idea is to keep those planes moving all the time, either by extending the crew day or, preferably, by swapping crews and keeping the iron in motion. So, there’s a very tight detail management system to do that. Critical to that, of course, … is ground time. The faster we can turn, either load or discharge, the faster we can turn that aircraft, and then we’re razor focused on bringing that down.”

This means keeping aircraft on the ground in Kabul for less than one hour to load passengers and then quickly leaving for other bases in the Persian Gulf. The aircraft have enough fuel that they can refuel in-flight after leaving if necessary, rather than on the ground.

The limiting factor continues to be getting people to the airport safely and processing them through the gate. On Aug. 23, an unidentified gunman opened fire at one of the gates, killing one Afghan soldier and injuring several others before German and U.S. troops returned fire. U.S. Central Command, in a statement, did not say what the fate of the “unknown hostile actor” was.

Lyons said the “threat is significant” to aircrews, and they are working to stay safe.