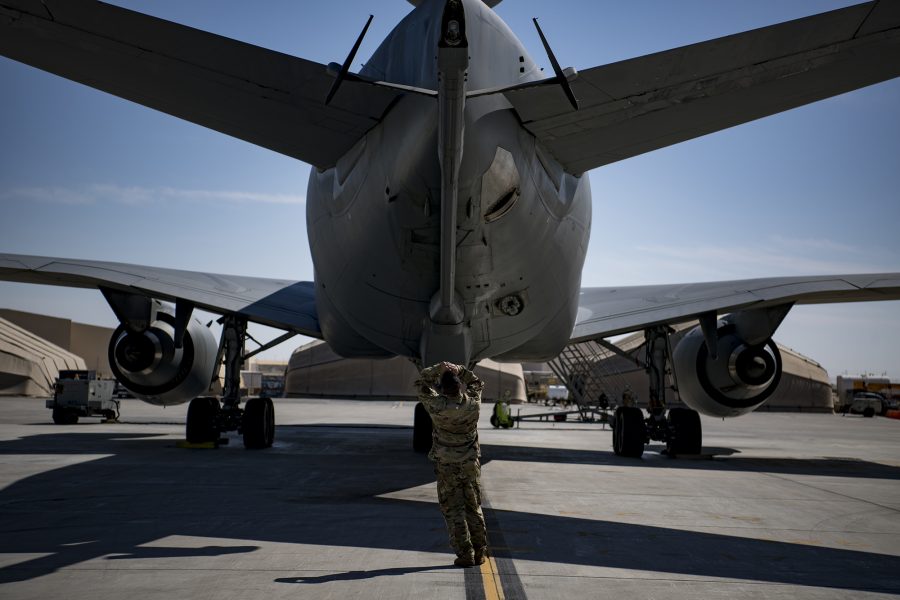 The pressure on the aerial refueling community affects more than the iron on Air Force ramps. Total Force aircrews are part of the most stressed force element in U.S. Transportation Command, the command’s boss told lawmakers Feb. 25.

Army Gen. Stephen Lyons told the Senate Armed Services Community his command will not have enough booms in the air if the Air Force’s plan to retire KC-10s and KC-135s in fiscal 2021 is put in place before KC-46s become available.

“This is true across all components—Reserve and the Guard—the high tempo of our Airmen that are running these missions,” Lyons said, adding that in the Guard tanker crews are “very, very close” to going beyond deploy-to-dwell goals.

“Crew is a friction point, there’s no question about that,” he said.

After the Air Force released its fiscal 2021 budget request detailing the planned retirement of the legacy tankers, TRANSCOM in its own Unfunded Priorities List asked Congress for about $110 million to retain 23 KC-135s and KC-10s USAF had put on the chopping block.

Lyons said the Air Force’s plan creates a “dip in operational capability in day-to-day operations,” because the KC-46 is not ready for wartime operations, and these cuts “must” be reversed.

Without changes to the Air Force’s planned cuts, this gap in “taskable aerial refueling aircraft and aircrews” will last for five to seven years, he said.

“This combination of factors elevates risk to not only wartime missions, but also in day-to-day global operations across multiple combatant commands,” Lyons said in prepared testimony. “Reduced capacity limits options and constrains decision space for senior leaders in crisis, as they are confronted with an earlier mobilization timeline to generate adequate capacity.”